Rai was also questioned on Ravi Shastri’s re-election and was it influenced by the Indian captain Virat Kohli’s insistence. 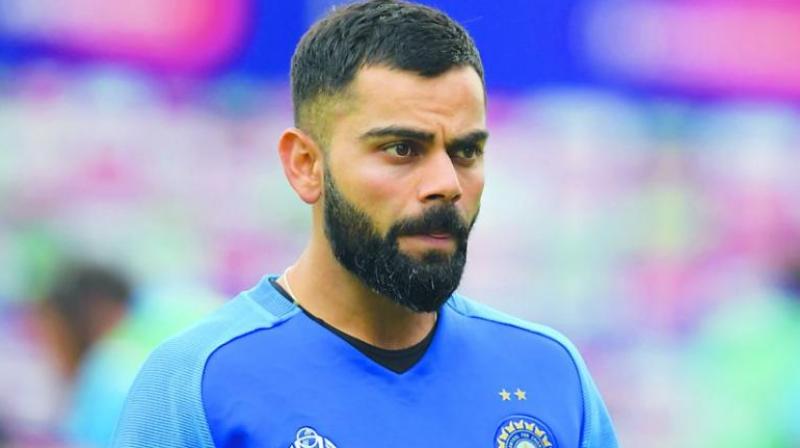 Vinod Rai said that it would be ‘incorrect’ to say that Virat Kohli was not held responsible for the World Cup defeat. (Photo: File)

Mumbai: India were considered to be one of the favourites to life the 2019 ICC World Cup trophy and were proving the people right as they performed throughout the tournament. But, during the semi-finals, they were ousted by New Zealand.

Committee of Administrators (COA) chief, Vinod Rai, in an interview to the Indian Express, said that it would be ‘incorrect’ to say that Virat Kohli was not held responsible for the World Cup defeat. He said, “It’s good to have checks and balances. When a team performs badly, I don’t think it’s only the captain’s (responsibility). There are a lot of closed-door discussions… To say that nobody held Virat Kohli responsible for the (World Cup) loss would be incorrect.”

Rai was also questioned on Ravi Shastri’s re-election and was it influenced by the Indian captain Virat Kohli’s insistence. He said, “We took charge on January 30, 2017. In April, when we happened to be in Hyderabad for the first match of the IPL season, Kumble’s contract was produced before me. Kumble’s contract, or rather selection as a coach, was for a two-year period. The person selected then did not find favour… So Kumble was selected, but he was given only a one-year tenure. Kumble’s contract did not have a clause for extension.”

“The issue that came up was not so much about what happened in the dressing room… It was if we have to extend Kumble’s tenure, how do we do it? I was in favour of an extension if it was found appropriate by a certain committee. I said please follow the process. That’s all. And, what was the process? Call for applications, go through an interview process, and select the right person. You can call me ignoramus, but at the time I did not know what happened between the captain and the coach,” he added.

Vinod Rai believes that Ravi Shastri has performed well as a coach. When asked about his opinion on Shastri, he said, “Now, again, I don’t know how many coaches would have been superior to Shastri, but at least he has managed to keep the team fighting fit, battle-ready and cohesive in every respect. So I think he performed very well as a coach.”