Chahal has a good relation with the couple and hence often he can be seen engaging in a friendly banter on social media. 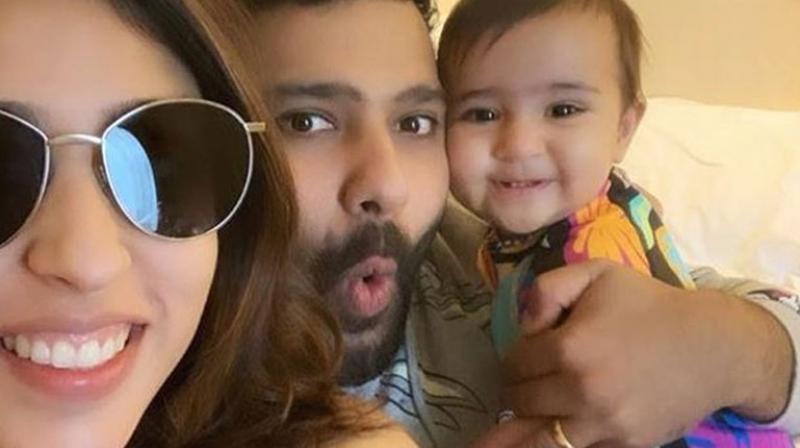 Yuzvendra Chahal, who came across the picture, immediately the spinner stated, "Why u cropped me Bhabhi," followed by a series of emoticons.

Ritika in response said, "Your coolness was taking over the picture." The banter between the two left the fans divided.

However, apart from the supporters, the haters asked Chahal to stop becoming a "third wheel". One fan stated, "Because you were being kabab mein haddi."

Chahal has a good relation with the couple and hence often he can be seen engaging in a friendly banter on social media.

Once, during a vacation, Rohit Sharma uploaded a photo of himself. As soon as Chahal found the photo, he commented, "Miss you Rohitaaaa sharaaammmaaa." Soon, Ritika came up with a funny response and said @yuzi_chahal23 he's mine now."

Following that she wished Chahal on his birthday. "Happiest birthday @yuzi_chahal ! I'm sure you miss @ImRo45 today but I'll have him back to you in no time," Ritika tweeted to Chahal in July last year.