Bali submitted that the draft constitution was beyond the scope of the Lodha panel’s recommendations and the apex court judgment. 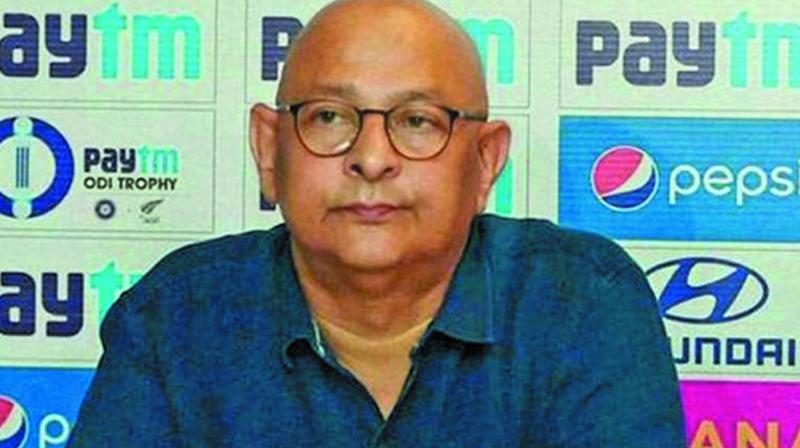 New Delhi: The Supreme Court on Thursday warned office-bearers of the Board of Control for Cricket in India of serious consequences for putting hurdles in the implementation of the Lodha Committee reforms and said they would have to fall in line to comply with the earlier directions.

A three-judge bench of Chief Justice Dipak Misra and Justices A.M. Kanwilkar and D.Y. Chandrachud told Puneet Bali, counsel for BCCI acting president C.K. Khanna, joint secretary Amitabh Choudhary and treasurer Anirudh Chaudhary, who were present in court that they could not defy the court’s order.

Bali submitted that the draft constitution was beyond the scope of the Lodha panel’s recommendations and the apex court judgment.

“If the aforesaid three office-bearers do not give suggestions in accordance with the judgement of this court, there shall be very serious consequences,” the bench said.

“Because of their unnecessary attitude and obstinate behaviour, the amended constitution has not been framed. We will issue contempt. Despite our order, nothing was done,” it added. The bench asked the three office-bearers to be present even on the next date of hearing.

It, however, said it would be open to them to give suggestions to the Committee of Administrators (CoA) for a new constitution.

The bench said that it would re-look at certain issues, including the One State-One Vote rule ruling, which has been a bone of contention as all BCCI state units have shown their reservation over the particular point.

In response to the earlier order senior counsel Parag Tripathi for the CoA informed the court that a draft BCCI constitution had been prepared and sent to all the association but till now there was no response. The bench made it clear that the suggestions should be strictly in accordance with the earlier judgment.

Tripathi presented a status report of Committee of Administrators and said the CoA wanted a direction for the removal of the office-bearers of the BCCI for non-compliance of Lodha panel reforms. The CoA had asked the apex court to hand over the “governance, management and administration” of the BCCI to them, further stating that they would need the help of a professional group, currently headed by BCCI chief executive Rahul Johri, to run the board.

It said, “It is only fair that the current office-bearers be treated in the same manner because a further period of six months have elapsed since the said office-bearers submitted their undertakings and reforms mandated by this Court have still not been implemented.

“It is clear that current office-bearers are not in position to make good on their undertakings and ensure that reforms mandated by this court is implemented.”

The bench posted the matter for further hearing on October 30.

On the last date of hearing, the apex court had expressed displeasure that the directions given by the apex court and its order on the recommendations of the Lodha panel have not yet been implemented.

Tags: supreme court, board of control for cricket in india, lodha committee