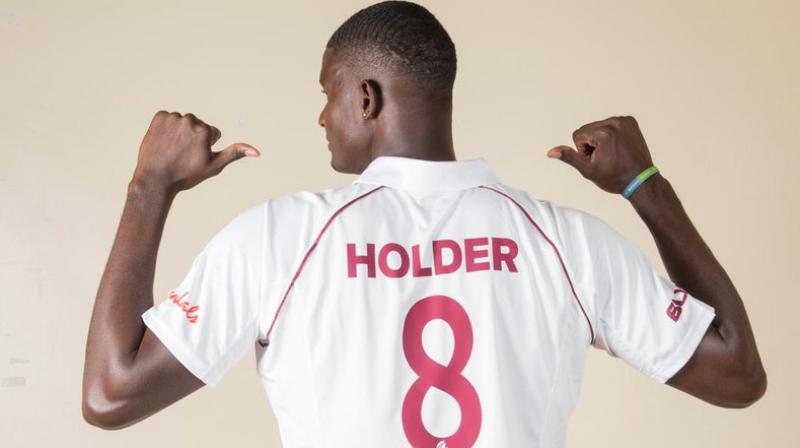 New Delhi: As West Indies and India get ready to lock horns in the two-match Test series, jersey numbers of several Windies' cricketers have been revealed. Skipper Jason Holder will be sporting number 8.

Opening batsman Kraigg Brathwaite will be sporting number 92 on his jersey whereas middle-order batsmen Darren Bravo and Shimron Hetmyer will be donning number 46 and 2 respectively.

The introduction of numbers behind the Test jerseys has been criticised by several former players.

In the ongoing Ashes, players have been sporting numbered jerseys and this addition has been criticised by former players like Brett Lee, Shoaib Akhtar and Kevin Pietersen.

The decision to introduce numbered jerseys was taken by the International Cricket Council (ICC) to make the game more appealing to the youth and this tradition will be followed throughout the World Test Championship.

The Men in Blue outclassed Windies 3-0 in the T20Is and beat them 2-0 in the ODI series.

The Test series between India and West Indies will mark the start of the ICC World Test Championship for both the teams.

India and West Indies take on each other in the first Test at Antigua later today.