Manoj Tiwary has taken a jibe at MS Dhoni amid his retirement speculations. 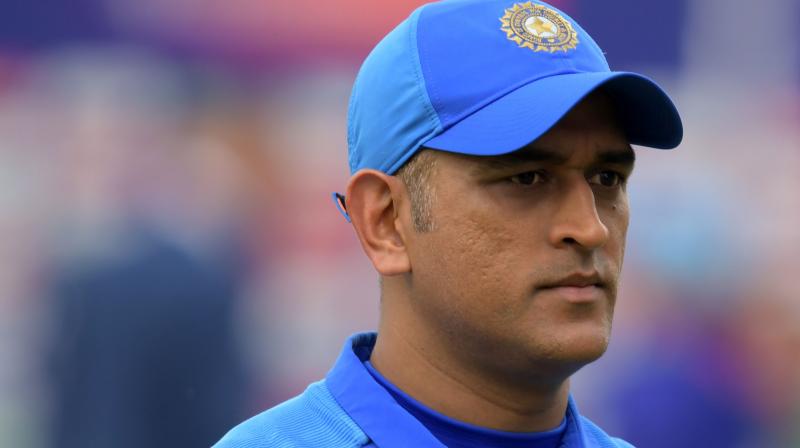 Manoj Tiwary, while speaking on the former Indian skipper’s retirement situation, said that the BCCI needs to take a call on Dhoni’s future. (Photo: AFP)

Mumbai: Manoj Tiwary, the right-handed batsman who represents Bengal in the domestic circuit, is known to be pretty vocal on the social media. He has talked about being ignored for the Indian Premier League (IPL) this year and recently, he had also taken a swipe at the selectors on his non-selection for the Duleep Trophy despite a fine domestic performance. This time around he has taken a jibe at MS Dhoni amid his retirement speculations.

Many people believed that Dhoni would announce his retirement after the 2019 ICC World Cup, but he didn’t hint anything after India were ousted by New Zealand in the semi-finals. Even the BCCI haven’t commented anything on this situation.

Manoj Tiwary, while speaking on the former Indian skipper’s retirement situation, said that the BCCI needs to take a call on Dhoni’s future.

In an interview with the Indian Express, he said, “Dhoni has done a lot for our country. He has made a lot of contributions to this team. Recently, Sachin Tendulkar said that it’s time for Dhoni to side-line himself, he has played a lot. Though Virat Kohli has said that the team needs Dhoni, I feel that the selectors need to take a tough call. It’s time to show courage, and it’s necessary to take the step.”

Speaking about Dhoni’s poor form in recent matches, he said that one has to field the best team and that the Indian team is no one’s personal property and the youngsters should get chance.

“Of late, Dhoni’s performance has significantly gone down. I wouldn’t have said this had it been only for an innings or two. But one has to field the best team. Those who perform, stay, and those who don’t have to move away,” Tiwary said.

“I’m not sure if the selectors are giving Dhoni chances based on the past. There are a number of talented cricketers in our country, and they should get chances. The Indian team isn’t anyone’s personal property. It’s a team of the nation, and that needs to be kept in mind,” he added.