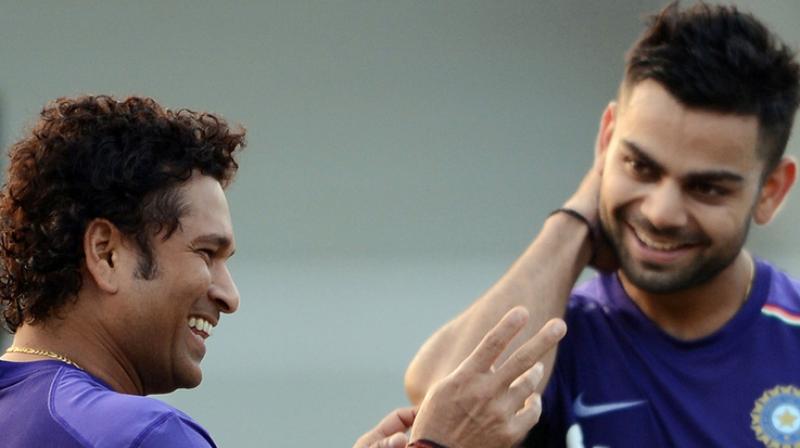 The 30-year-old currently has 43 centuries in his arsenal, six behind Tendulkar. (Photo: AFP)

Mumbai: Indian skipper Virat Kohli, who is regarded as the talisman of the modern cricket era has been gathering runs consistently across all formats.

While Kohli is poised to surpass Sachin Tendulkar's ODI record of most centuries pretty soon, former India opener Virender Sehwag has revealed one record of Tendulkar which no other player can come close to breaking.

Kohli has amassed 11520 runs in his ODI career at an impressive average of 60.31. The 30-year-old currently has 43 centuries in his arsenal, six behind Tendulkar.

Sehwag, who is known for his quirky and straightforward remarks stated that even Kohli cannot break Tendulkar's record of playing 200 Test matches.