The video, which was shared by Pietersen, showed Leicestershire’s batsman Mark Cosgrove attempting a bouncer with his helmet intentionally. 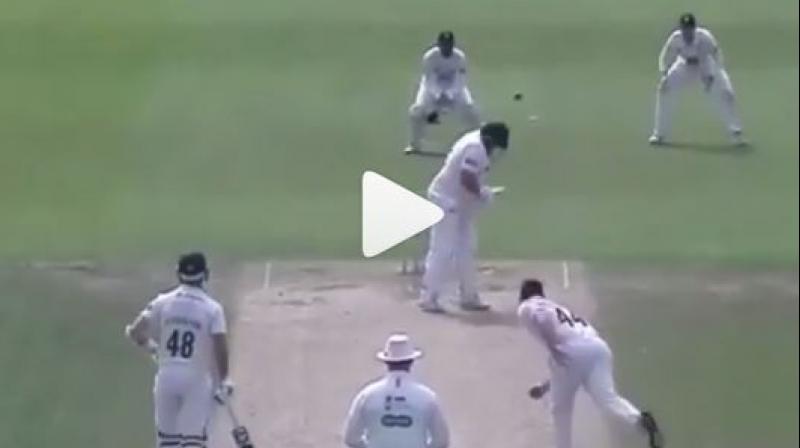 Left-handed Cosgrove didn’t leave the bouncer delivery, but instead, he played the bouncer with his helmet as the ball went to the first slip. (Photo: Instagram/Screengrab)

Mumbai: During the second Ashes Test Steve Smith was hit by a bouncer by Jofra Archer and fell down, following the hit, Smith had to sit out of the third Ashes Test match after failing the concussion test.

Smith’s absence could prove to be a huge factor in the current Ashes series. Nevertheless, former England cricketer Kevin Pietersen took a dig at the Australian batsmen after Steve Smith was substituted by concussion substitute Marnus Labuschagne, who also fell down after getting hit by Archer’s bouncer. The former England cricketer shared a video which showed the technique to tackle the short-pitched deliveries from Archer.

The video, which was shared by KP, showed Leicestershire’s batsman Mark Cosgrove attempting a bouncer with his helmet intentionally. When the Durham bowler came around the wicket and bowled a short-pitched ball after Cosgrave charged towards him. Left-handed Cosgrove didn’t leave the bouncer delivery, but instead, he played the bouncer with his helmet as the ball went to the first slip.