The selectors' and team management's decision to bring an opener in place of a middle-order batsman shocked the cricket pundits and fans. 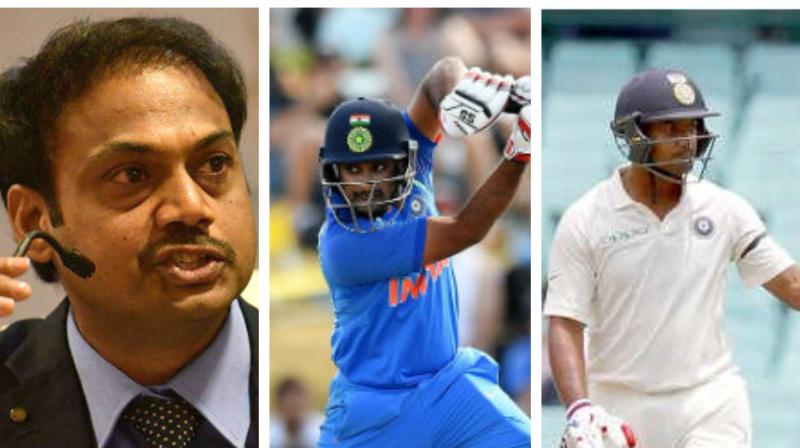 Mayank Agarwal was brought in as replacement for injured Vijay Shankar on the demand of the team management during the 2019 World Cup. (Photo:AFP)

Mumbai: Mayank Agarwal was brought in as replacement for injured Vijay Shankar on the demand of the team management during the 2019 World Cup. Now, the un-capped Mayank Agarwal has been excluded from the ODI team for the West Indies tour.

The selectors' and team management's decision to bring an opener in place of a middle-order batsman shocked the Indian cricket pundits and fans. But now, Mayank’s exclusion comes as the biggest shock ever. This came at a time when one selector aimed for the future to train players keeping the 2023 World Cup in mind.

"In between any series I don't do press conference and that has led to speculations. When Dhawan got injured, we already had a third opener in KL. We didn't have a left hander at top so the team management had requested for a left-hander and we had no option other than Pant,” explained Prasad.

“When Shankar was injured, Rahul had a big fall at the boundary so there was a medical emergency on whether he will continue or not. At that time a written communication was given that a back-up opener was needed. That is when we went to Mayank”, said MSK Prasad, Chairman of Selectors.