MSK Prasad says ‘legends like Dhoni knows when to retire’ 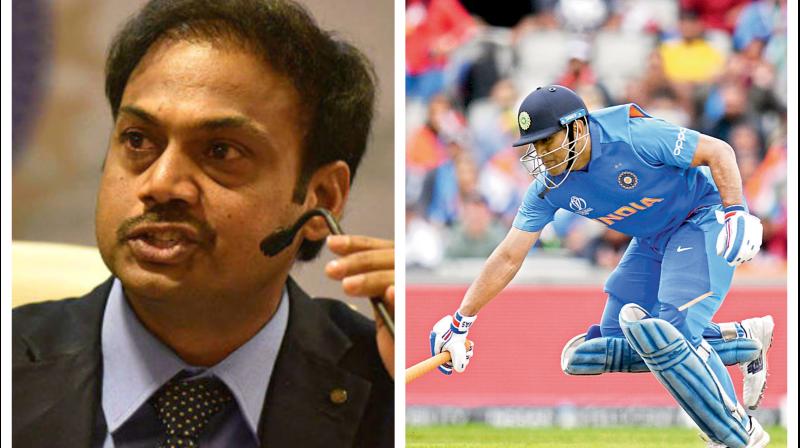 Before the selectors announced the team for the West Indies tour, MS Dhoni already had made his intentions clear by making himself unavailable for the upcoming tour. (Photo:AFP)

Mumbai: Before the selectors announced the team for the West Indies tour, MS Dhoni already had made his intentions clear by making himself unavailable for the upcoming tour. His announcement also ended the speculations regarding his retirement for the moment.

After Dhoni’s decision, chief selector MSK Prasad also made Rishabh Pant the prime wicket-keeper for all formats, keeping the 2023 World Cup in mind. Apart from Rishabh Pant, Wriddhiman Saha also returned to the Test side for the upcoming tour.

The chief selector however, decided to keep mum on Dhoni’s retirement during the team selection press conference in Mumbai on Sunday and stated, legends like Dhoni doesn’t need to told the time to retire, rather players like him will retire when they feel that the time has come for them to retire. Moreover, the selectors’ job is to create an outline map for his future, Prasad said.

"See retirement is purely individual, a legendary cricketer like MS Dhoni, they know when to retire," MSK Prasad told reporters. "But what is the future course of action, what is the road map we have to look at, its in the hands of selection committee," Prasad said.

Dhoni informed the BCCI that he will take a two-month break from international cricket to work for the paramilitary regiment. Rumours regarding Dhoni’s retirement started doing rounds after India got eliminated from the 2019 World Cup, further, MSD’s batting approach was also questioned during run chases.

Dhoni featured in all the matches in the 2019 World Cup, and he scored two vital 50s, including an unbeaten knock of 56.  During India’s semis match against New Zealand, Dhoni was demoted to number seven, despite losing early wickets. Following that match, many formers cricketer and pundits criticised the team management’s decision and called it a "tactical blunder".

Despite India’s defeat versus the Kiwis, the 38-year-old along with Ravindra Jadeja formed a crucial 116-runs partnership to bring India closer to the target of 240. Dhoni scored a hard fought 50, while Jadeja chipped in with 77. In a glorious career, Dhoni has featured in 350 ODIs, garnering 10,773 runs at an impressive average of 50.57.