The series-opener will be played here on Friday. 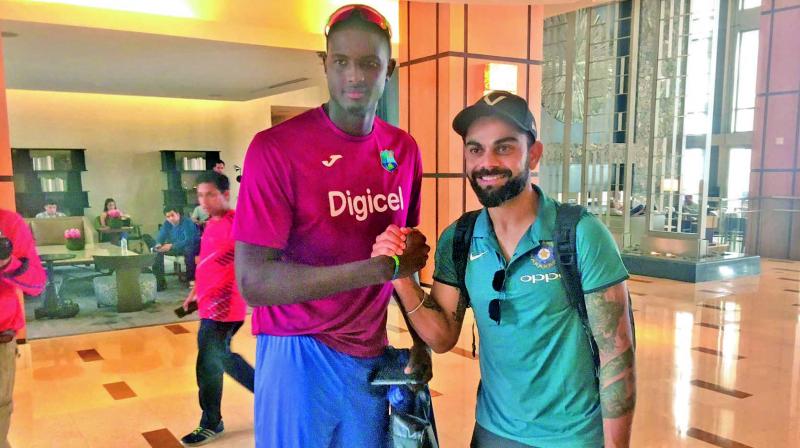 West Indies captain Jason Holder and his counterpart Virat Kohli pose on the India team’s arrival in Port of Spain on Wednesday. Kohli & Co. will play five ODIs and a T20 in a series beginning Friday. (Photo: BCCI)

Port of Spain (Trinidad): The Indian cricket team arrived here for a limited-overs series against the West Indies amid the off-field drama surrounding Anil Kumble’s resignation as head coach following a rift with captain Virat Kohli.

The West Indies Cricket Board posted a photo of Kohli and opposition captain Jason Holder at the team hotel. India, who lost to Pakistan in the Champions Trophy final at The Oval on Sunday, start favourites for the series comprising five ODIs and a T20 International.

The series-opener will be played here on Friday. While Kumble has given his side of the story, Kohli is yet to speak about the differences with the former Indian spinner, who stepped down on Tuesday as the team boarded the flight to the Caribbean from London.