'India has a lot of match-winners for ICC World Cup 2019', says Mithali Raj

When Andrew Fleming asked her which players she will be watching out for, Mithali said that she can't pick any one player. 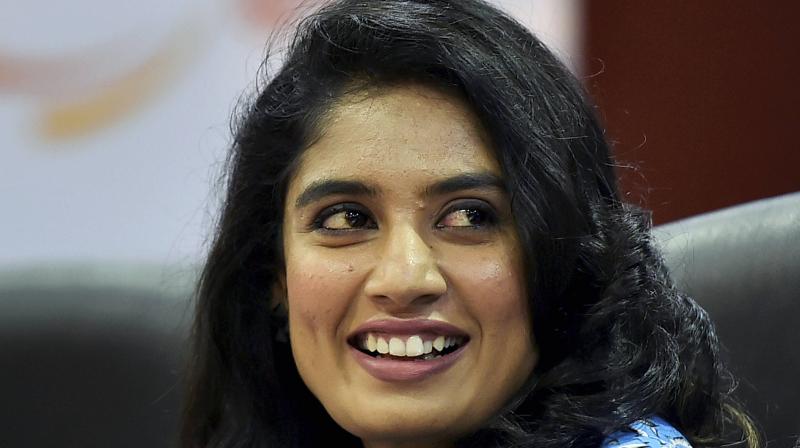 India will play against New Zealand and Bangladesh on May 25 and 28, respectively, in the warm-up games before opening its World Cup campaign against South Africa on June 5. (Photo: PTI)

New Delhi: India ODI captain Mithali Raj on Tuesday said that "India definitely has a lot of match-winners" and will be going in as favourites in the ICC Men's Cricket World Cup, beginning May 30 in England.

In a video posted by the Twitter handle of the UK in Hyderabad, Mithali along with Andrew Fleming, British Deputy High Commissioner to Hyderabad, can be seen discussing how the India ODI captain is looking forward to the tournament this summer.

Mithali said that she is quite excited, adding, "All the teams, all the main players are in good form with the IPL just wrapping up recently. Everyone is now looking forward to the World Cup."

Everyone is indeed looking forward to the @cricketworldcup 2019 in 🇬🇧
This will be the biggest 🏏 tournament to date showcasing the best of England and Wales on the global stage!
Hear @M_Raj03 spk to @Andrew007Uk on who will be the match winners. #SummerofCricketINUK @UKinIndia pic.twitter.com/DJsxPlTffy

Replying to Fleming's question on which team has the better chances to lift the trophy, Mithali said, "India is absolutely going in as favourites because they have been doing very well in the one-dayers and in the other formats in the recent past."

The India ODI captain, however, keeping in mind England's home conditions, added, "But I cannot rule out the home team (England). Even they have done very well. They had some 10 to 15 victory streaks in the one-dayers. So they will have the home conditions. Having said that, I think as an Indian I will root for India."

When Fleming further asked her which players she will be watching out for, Mithali said, India has a lot of match winners and she can't pick one player.

"The Indian team has a lot of match winners now. Of course, the captain (Virat Kohli) leads from the front with the openers Rohit Sharma and Shikhar Dhawan, but we also have the fast bowlers like Jasprit Bumrah and the spinners," she said.

"But overall I think, the team which posts a big total and the bowlers who are able to do the job to constrain those runs, is the team which is going to win. But then we do have a lot of depth. We have the expertise of Dhoni in the side. So, I can't pick one player, but India definitely has a lot of match winners," she concluded.

India will play against New Zealand and Bangladesh on May 25 and 28, respectively, in the warm-up games before opening its World Cup campaign against South Africa on June 5 at the Hampshire Bowl, Southampton.