Harmanpreet echoed Smriti’s views. “We have enough players for a five-team IPL,” she added. 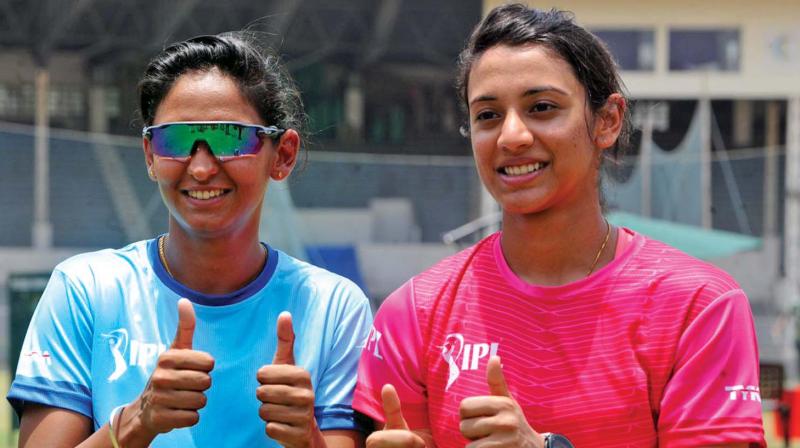 Mumbai: Women’s cricket is set to open a new chapter with an IPL-style T20 Challenge match between the Trailblazers and the Supernovas here on Tuesday. Smriti Mandhana will lead Trailblazers, while Harmanpreet Kaur will be at the helm of Supernovas.

The match will be held before Qualifier 1 between CSK and SRH at Wankhede Stadium.

Smriti said she was excited to be part of the historic occasion. “This is the first-ever match we will be playing with foreign players on Indian soil. We all are looking forward to putting up a good show so that we can express ourselves in front of the audience and show BCCI that IPL will be good to watch also,” said Smriti.

The exhibition match is considered a testing ground for a women’s IPL. Smriti said it could take off with four teams.

“Four to five teams, to start with is a good initiative, because when men’s IPL started, first two seasons only foreigners scored and later on we started developing our bench-strength, you never know that same can happen with women’s cricket,” she added.

Harmanpreet echoed Smriti’s views. “We have enough players for a five-team IPL,” she added.

When asked about the match starting at 2pm, Harmanpreet said she was hopeful that supporters would turn up in large numbers. “I hope fans will come and support us.”