Experts feel change in batting numbers did Rohit and Rahane no good while Iyer excelled by sticking to one position. Shaw showed promise. 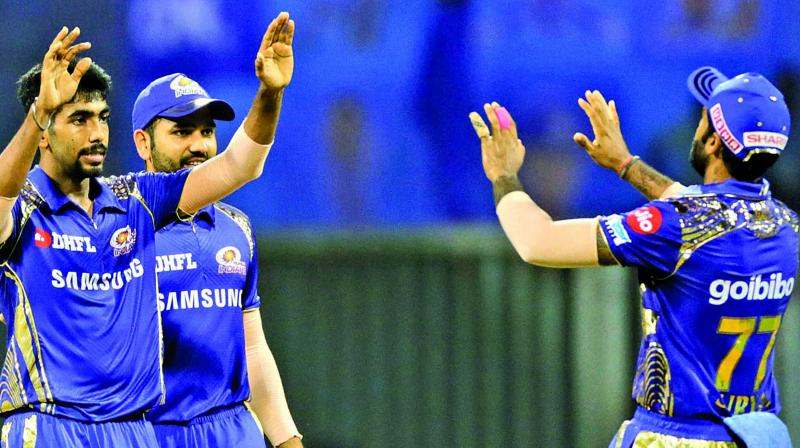 The Rohit Sharma-led side needed a win over Delhi Daredevils in the last league game on Sunday.

Mumbai Indians followed the pattern of not defending their title after failing to qualify for playoffs. The Rohit Sharma-led side needed a win over Delhi Daredevils in the last league game on Sunday but they came up with a dismal show to finish on the losing side.

However, the loss of MI benefited the Ajinkya Rahane-led Rajathan Royals as his team progressed to playoffs and will take on in the eliminator against Kolkata Knight Riders at Eden Gardens on Wednesday. RR also has Mumbai pacer Dhawal Kulkarni in their ranks.

Besides Rahane and Kulkarni, Shardul Thakur is the other Mumbai player who will play in the playoffs representing Chennai Super Kings. The Mahendra Singh Dhoni led side will take on Sunrisers Hyderabad in the Qualifier 1 at Wankhede stadium on Tuesday.

Nine Mumbai players were in this IPL and seven of them got decent outing. Three of those were leading three different franchises.

It was the best IPL season for Suryakumar Yadav and Thakur. The latter has still chance to make the season even better. Shreyas Iyer also had his best season in terms of batting average and he got to captain Delhi Daredevils after Gautam Gambhir resigned after five games. It was first season for Prithvi Shaw and he played a couple of breathtaking knocks and fared decently in the end.

However, Rohit and Rahane struggled throughout the season with the bat and Kulkarni who was coming back from injury also has had an ordinary IPL so far.

“It was one of those tournaments where Rahane struggled. He had just come from off season. He was not getting into right rhythm. I think Afghanistan Test will do lot of good to him,” said former Mumbai and India player Lalchand Rajput. Rahane has been vice-captain of Indian Test team and will lead India against Afghanistan in absence of Virat Kohli.

“Rohit started well but didn’t do well as was expected from him. He should open the innings. Surya, Iyer and Thakur did well and Shaw was promising. For Kulkarni it is always difficult to do well when you are coming back from an injury,” he added.

“Surya, Shreyas with the bat and Thakur shined with the ball for CSK. Ajinkya and Rohit were captains of their teams. Teammates look up to them and they put pressure on themselves. Rohit has done well opener and he had to open which didn’t happen in this IPL, he changed his batting position and his flow got affected,” said Atul Ranade.

“Shreyas didn’t take the captaincy pressure and stuck to one batting number.  One has to bat consistently at one number like Surya did well just opening the innings this year. MS has been playing Thakur every game and he is performing better. For Shaw it was first year and he had couple of good knocks. These are early days for him and he will learn from this experience,” he said.