In stark contrast, CSK’s batting unit failed to show up at all today, barring the skipper himself. 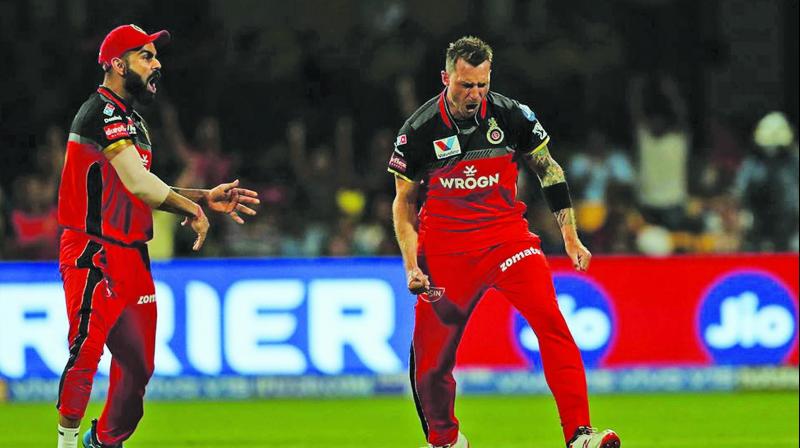 Bengaluru: Royal Challengers Bangalore kept their hopes alive with a nail-biting victory against first-placed Chennai Super Kings in a thrilling clash at the M. Chinnaswamy stadium here on Sunday. The home side became only the third team to inflict defeat upon the defending champions and recorded their third victory of the season.

Chasing Bangalore’s 161 for 7, Chennai were in deep trouble at 108 for 6. Amidst scores that read 5, 5, 0, 29 and 9, Dhoni survived the bowling onslaught and played a clutch innings of 84 off 48 balls, and managed to keep CSK afloat before attempting to accelerate the innings and take the burden upon himself.

With 5 boundaries, 7 sixes and a strike rate of 175, Dhoni’s herculean effort went in vain as RCB were left with a luxurious 26 runs left to defend in the last over — which went down to the very last ball of the match and two runs to win. Dhoni missed his shot and ran while new man Shardul Thakur was run out by Parthiv Patel, giving Bangalore a much needed victory.

RCB’s pace attack delivered arguably what was their best showing this season, with rookie Navdeep Saini impressing heavily. In stark contrast, CSK’s batting unit failed to show up at all today, barring the skipper himself.

Dale Steyn gave the hosts a dream start. He got the ball to move away from Shane Watson, sending the misfiring Australian back to the dugout. The next man Suresh Raina’s stay at the crease lasted just the one ball as Steyn welcomed him with a toe-crushing yorker at 144 km/h that left Raina helpless.

Indian pacers Navdeep Saini and Umesh Yadav followed suit and continued to pile further pressure onto CSK, who found themselves 28-4 by the sixth over.