Sports   Cricket  22 Apr 2018  I want to be the best in the team: Jemimah Rodrigues
Sports, Cricket

I want to be the best in the team: Jemimah Rodrigues 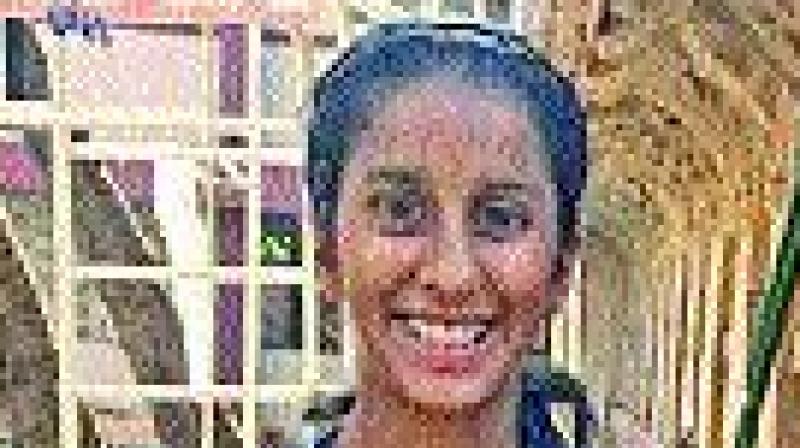 Rodrigues met Nasser while she was training in school. Her idea of meeting the former-England captain was not so early and not in this setting either.

A couple of days ago, she received a message telling her that Nasser Hussain would be coming to interview her for his documentary on Mumbai cricket. Perplexed and excited at the same time, Jemimah Rodrigues realized that this is the direction in which her career is heading now. From November 5, last year, when she scored 202 runs in 163 balls against Saurashtra in the Under-19 one-day league to a 41-ball 50 against Australia, she has unquestionably come a long way.

After their meeting on Wednesday, Nasser tweeted, “Remember the name... Jemimah Rodrigues... did some throwdowns with her today.” This comes after applauds from Australian captain Meg Lanning and Mithali Raj who called her the “future of cricket.”

Rodrigues met Nasser while she was training in school. Her idea of meeting the former-England captain was not so early and not in this setting either. “I thought I would meet him at presentation ceremonies. I did not know that this would happen so soon in my career,” she says.

After respective chats with Sachin Tendulkar, Vinod Kambli, and Shreyas Iyer, Nasser had a meeting with Jemimah for his documentary. He had a long conversation with the 17-year old that ended in a basketball game, where Nasser ended up losing,  she recalls.

While all the veterans of the game have heaped praises on her, the young batswoman is not overwhelmed  by the praise but is only drawing positives from it. For a teenager, this is a different level of pressure, to have to live up to the expectations of the greatest in the world. “I’m more inspired by these words of praise by different people. I’m not under any kind of pressure, instead it motivates me to become a better player,” she says.

An emphatic debut
She opened her account in international T20 cricket with a one-bounce four against South Africa followed by a sensible innings of 37 runs alongside Mithali that guided India to a seven-wicket victory.

Later in the same series, she grabbed a terrific “one-hand” catch in the fifth T20, the same game where she got 44 runs on the board as well. “While training for that series in South Africa, the wind was blowing in our direction. The ball was coming to fast into my hands, which were swollen. That was the swollen hand from which I took the catch,” she recalls.

Her first stint with the Indian team proved to be fruitful for both her and the team. A packed schedule of a good two and a half months, helped Jemimah transform herself from a domestic player to an international cricketer. “All the senior players guided me, especially, Smriti Madhana and Harmanpreet Kaur have always been by my side. It has really helped me to be  with experienced players like them,”she says.

She will be a part of the Indian training camp that starts next month prior to the Asia Cup. However, the main focus will still be the T20 World Cup that will begin in November this year. “I want to become the best there is on the team and I am working hard for it. My dream was to debut for India and now it is winning the World Cup,” she says as she signs off.