Top Mumbai players to watch out in IPL

Besides regular senior pros, Shivam Dube and Siddhesh Lad will be aiming to make impact at this level. 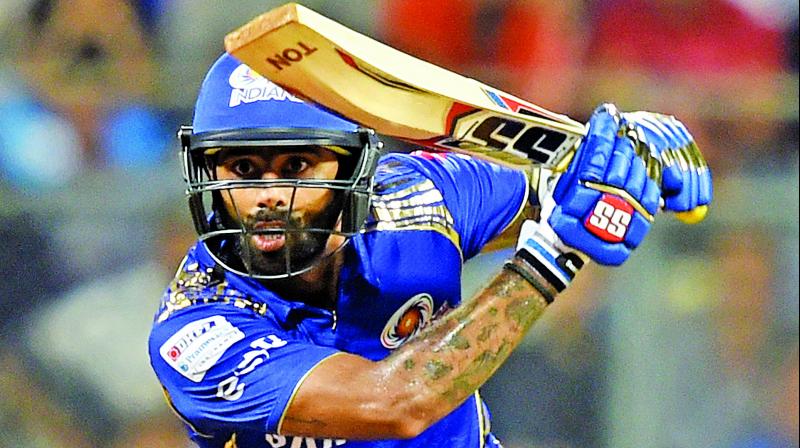 Top Mumbai players Rohit Sharma, Ajinkya Rahane and Shreyas Iyer will continue to lead three different franchises in the twelfth edition of Indian Premier League. Youngsters Prithvi Shaw, Shivam Dube and Sarafraz Khan will be other city-based batsmen to watch out in the cash-rich league starting from Saturday. Senior pacers Dhawal Kulkarni and Shardul Thakur will also continue to ply their trade.

Mumbai Indians have strong local presence but only Rohit Sharma and Suryakumar Yadav have been regular in the playing XI. Former Mumbai Ranji team skipper Aditya Tare entered field briefly last season only in the absence of regular wicketkeeper-batsman Ishan Kishan while current Mumbai Ranji team skipper Siddhesh Lad will have fifth season with Mumbai Indians squad and will be hoping for debut game finally.

Rohit has been successfully leading MI since 2013 and has bagged hat-trick of titles. Yadav re-joined the franchise last year and was their most consistent performer with the bat. Tare also re-joined MI last season but was mostly a spectator while Lad was retained last season only to remain spectator for the fourth season. Lad will be hoping to make impact in whatever chance he gets.

The talented duo of Iyer and Shaw will appear again for Delhi Capitals. Iyer who replaced Gautam Gambhir as skipper last season will continue to lead the side. For Shaw it will be important to get back in the groove after making comeback from injury. He missed the Test series in Australia after making a dream debut against West Indies. He will be keen to impress again.

Six of these players could be in action in their first game of their campaign when Mumbai Indians take on Delhi Capitals at Wankhede stadium on Sunday.

Rajasthan Royals led by Rahane also has strong Mumbai presence though only Rahane and senior pacer Dhawal Kulkarni are regulars in the side. This season they have also Mumbai based allrounders Shubham Ranjane and Shashank Singh. The latter played for Puducherry this season with Abhishek Nayar.

However, Mumbai fans will be awaiting IPL debut for attractive allrounder Shivam Dube. The Southpaw is with the Royal Challengers Bangalore and may take the field as soon as Saturday when RCB take on champions Chennai Super Kings in the inaugural IPL-12 game at Chepauk on Saturday. He was the most consistent performer for Mumbai this season in all formats. Playing against him on Saturday could be Shardul Thakur who has remained with champions Chennai Super Kings. After warming the bench mostly with Kings XI Punjab, Thakur showed consistency with Rising Pune Supergiants in 2017 and sizzled under Mahendra Singh Dhoni with CSK last year.

Mumbai discard Sarafraz Khan who was with RCB since 2015 reunites with Chris Gayle after joining Kings XI Punjab this season. The 20-year-old was retained by RCB during 2018 season despite coming back from injury but was released at the end of that season to be picked by KXIP in the auction.