CSK’s coach was away during NZ’s darkest hour, but he was also terribly affected by the horrific terror attack. 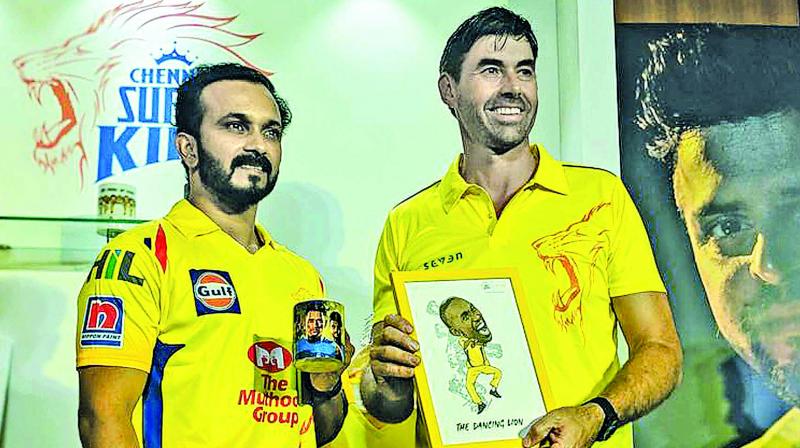 Kedar Jadhav and Stephen Fleming at a CSK promo event

Former New Zealand captain Stephen Fleming was on a flight to Singapore when he came to know about the devastating terror attack that left his hometown Christchurch grief-stricken. As he landed in Singapore, en route to Chennai for the 2019 IPL season, he sat shell-shocked in a lounge, trying to comprehend the magnitude of the incident. The shooting in two mosques that killed 50 people was an unprecedented act of violence in a country known for its high level of safety.

“I was very sad when I came to know about it. My family was still around the town when it happened. Being part of the Canterbury community, we were deeply affected by what had happened in our neighbourhood. To have it happen in your hometown, it’s very difficult to comprehend,” said the coach of Chennai Super Kings.

New Zealand prime minister Jacinda Ardern won many a heart for her emotional, yet sensible, speech on her country’s “darkest day”. The Kiwis rallied around their leader and showed great solidarity towards the Muslim community. Fleming said he was extremely proud of the way his premier and the local community handled the situation. “We just pray and hope that an incident like this would never happen again,” added Fleming who has been actively involved in promoting tourism to New Zealand.

As the talk veered towards Chennai Super Kings, the defending IPL champions, Fleming attributed the team culture for the franchisee’s roaring success and loyal fan base. And as usual, Fleming didn’t miss this opportunity to hail the “CSK family.”

“Having a 12,500 at training and having foreign players wanting to come here, looking forward to the two months - it’s all part of being a successful franchise, but it doesn’t guarantee success, though,” he said.

Fleming said the Indian players in CSK are some of the best in the world. “We think we have star power within the side. I will keep coming back to supporting the players we got and try to maximise even if it’s the 14th or 15th or 16th player we really value their input. And that’s a key part of the franchise and as we grow and the support grows, we all feel it’s just one big part of the CSK family,” he added.

What’s the one word that describes CSK? Pat came the response from Fleming - “Humble,” he said. “It probably comes from our captain. We don’t talk about title defence or retaining the Cup. We’re humble enough to know how hard it is to win it. It’s not arrogance; just a case of caring for others and playing along,” he said.

“Last year we just won big moments.  We’re just big on team culture and empowering the players to make decisions and win big moments. And last year was a snapshot of that. Even though the young man (Kedar Jadhav who was sitting next to him at the interaction) was only with us for one game, he played a huge part in winning that game with Dwayne Bravo. And Faf du Plessis and Shane Watson at the end...The usual suspects - Dhoni and Raina. It was a collective performance last year, a bit different to the past years when two or three players dominated. We had a collective approach and performance and it was incredibly rewarding. I’m not saying it’s the only way to win but it was a real thrill last year the way we played,” Fleming added.