Jemimah is rising to the top ranks

After a decent performance in the ODI series, city’s young cricketer Jemimah earns applause from the Australian skipper. 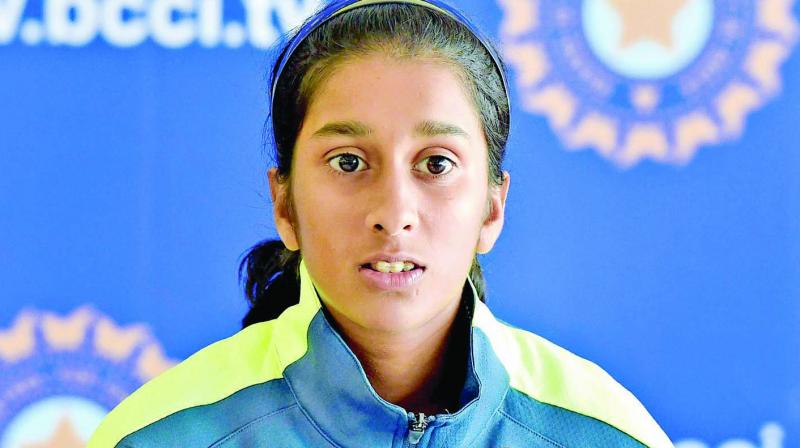 Being called the ‘future of Indian women’s cricket’ is pleasing to the ears but not so undemanding when you go out on the pitch. Mithali Raj has praised Mumbai batswoman Jemimah Rodrigues for her skill. Even her Australian counterpart Meg Lanning has also complemented the 17-year-old.

“They came out in the ODI series. Rodrigues whacked us around a little bit and made us nervous. Pooja (Vastrakar) is a very good bowler and has scored a lot of runs as well. It’s exciting for the game to see young Indians coming through. They are someone to keep an eye on. Hopefully, we can find some young players and see what they can do at the big stage,” said Lanning.

Jemimah played two ODIs against the Aussies, in which she played an elegant innings of 42 runs and struck seven fours. The 17-year-old has also featured in five T20s against the South Africans in February. Playing for the first time in those conditions, she did reasonably well with 87 runs in three innings.

Indian ODI skipper Mithali Raj hailed Jemima for her progression to the Indian team and said that she is one of the future players for India.“It is always good to be in the Indian squad at a young age because you have so many years ahead of you. Smriti (Mandhana) and Dipti Sharma also made their debuts at a young age. She (Jemima) has done well in domestic cricket and it was the right time to give her an opportunity at home. She is use to playing in these conditions in Mumbai and Baroda. She is one of the players for future. Like her, we have Pooja and Tanya (Bhatia).  We have five-six girls who are part of ODI and T20 squad since South Africa tour in the Indian team. We need to invest in them,” she said.

Jemimah is in contention to play her first international match in  Mumbai on Thursday against Australia at Brabourne Stadium.