India women look to hit back at Australia

Among others, the batting will depend largely on the experienced duo of Kaur and Mithali Raj and the two players will need to fire. 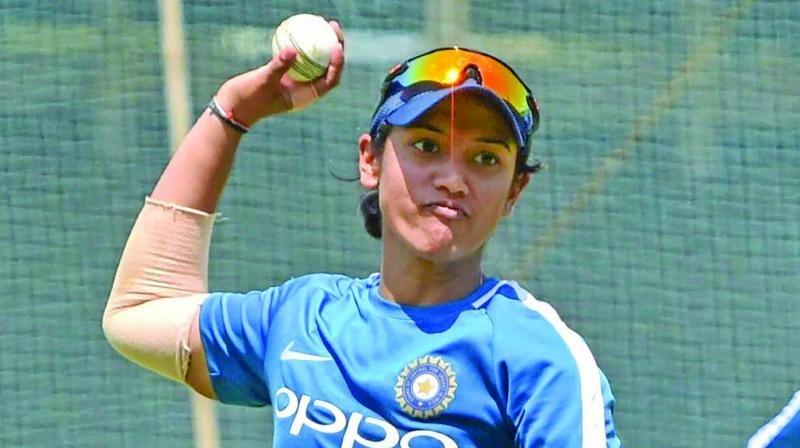 Smrithi Mandhana at a training session on Wednesday. (Photo: PTI)

Mumbai: Aussie skipper Meg Lanning surely washed away her World Cup blues when her team completed a 3-0 whitewash of Mithali Raj & Co. in an ODI series recently. They will look to extend their domination when the two teams lock horns again on Thursday in the opener of the T20 tri-series here at the Brabourne Stadium.

On a personal front, Lanning didn’t really explode with the bat in the recently-concluded series, but the Indian bowlers are well aware of her potential.

On the other hand, the series presents an opportunity for Harmanpreet Kaur to make amends after her ordinary performance in the one-dayers.

“In the T20 format, there are lot of areas where we need to improve and a big thing where we are lacking is our fielding, because if you see the ODI series, (because of) fielding we have given a lot of runs. In the T20 format, it is a short format, we will give our 100 per cent and girls are looking confident and we will do better.” Harman-preet said.

Lanning will be playing T20s after a long gap. She missed the Women’s Big Bash League owing to a shoulder injury.

Lanning said she wouldn’t underestimate India. “Even in the ODI series, they (India) were putting us under the pump. So it’s a very even series. Very difficult to say that one team is ahead of the other two, which is great. By the looks of the wicket and the outfield out there, there are going to be plenty of runs out there,” Lanning added.