Kohli also ended 2018 as the top-ranked Test and ODI batsman in the player rankings. 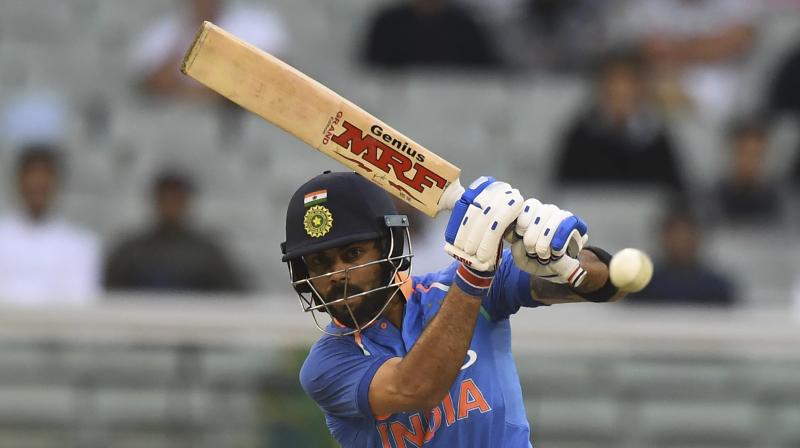 Dubai: Indian skipper and batting mainstay Virat Kohli was Tuesday named the captain of the International Cricket Council's Test and ODI teams of the year, leading the country's domination in both the line-ups.

"...Virat Kohli named the captain of both sides following a remarkable 2018 as batsman and skipper," the ICC said in a statement.

The Test team features compatriots, wicketkeeper Rishabh Pant and fast bowler Jasprit Bumrah, who is the only player apart from Kohli to feature in both the sides.

Congratulations to the ICC Test Team of the Year 2018!

The ODI team has opener Rohit Sharma, spinner Kuldeep Yadav and Bumrah from India along with Kohli, while England are represented by Joe Root, Jonny Bairstow, Jos Buttler and Ben Stokes.

The annual awards are selected by the ICC Voting Academy comprising former players, members of the media and broadcasters.

Kohli's 1,322 runs at an average of 55.08 with five centuries in 13 Tests and 1,202 runs at an astounding average of 133.55 with six hundreds in 14 ODIs saw him selected to both sides by every voting member of the Academy with the majority of them also opting to name him at the helm of each.

India won six Tests and lost seven during the voting period that ran from January 1 to December 31, 2018. In ODIs, Kohli led India to nine victories, with four losses and one tied match.