Jadeja hopes to sign many more endorsement deals in the future and that is only possible if he keeps on producing consistent performances. 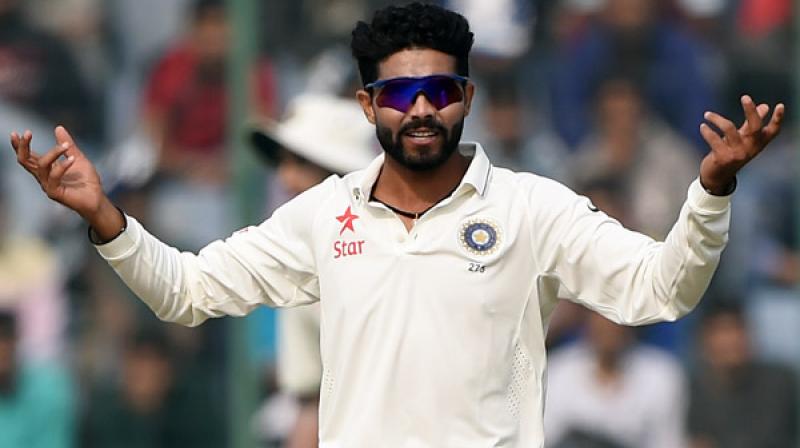 Jadeja said the current Indian test team have been performing exceptionally well because they are very good fitness-wise. (Photo: AFP)

Bengaluru: Star all-rounder Ravindra Jadeja today promised that they will try to shed the "poor travelers" tag in 2017 after signing off on a positive note in what has been an exceptional year for the Indian cricket team.

"Me and my team want to promise our fans around the world that India will put up a good show overseas in 2017. We are keen shed the poor travellers tag," Jadeja told reporters on the sidelines of an event organised by Zeven, a sports apparel company, here.

Jadeja, who had returned with impressive figures of seven for 48 to help India outclass England in the fifth and final Test in Chennai, said the current year has been very good for the national cricket team as they had won series after series.

India have won eight Tests out of 11 played this year, thereby equaling their previous record of most wins in a calendar year -- eight wins, three losses and three draws out of 14 played in 2010.

Jadeja said the current Indian test team have been performing exceptionally well because they are very good fitness-wise.

"Nowadays, the boys are very fit and spend a lot of time in gym and that is the reason why we are able to give our best on the field," he said.

Jadeja said he hopes to sign many more endorsement deals in the future and that is only possible if he keeps on producing consistent performances.

"My main focus is to play good cricket and if I do that I know many more brands will approach me in future," he signed off.