Waking up to see Test cricket takes you back to childhood: Virat Kohli

He also said that waking up to see Test cricket takes one back to their childhood. 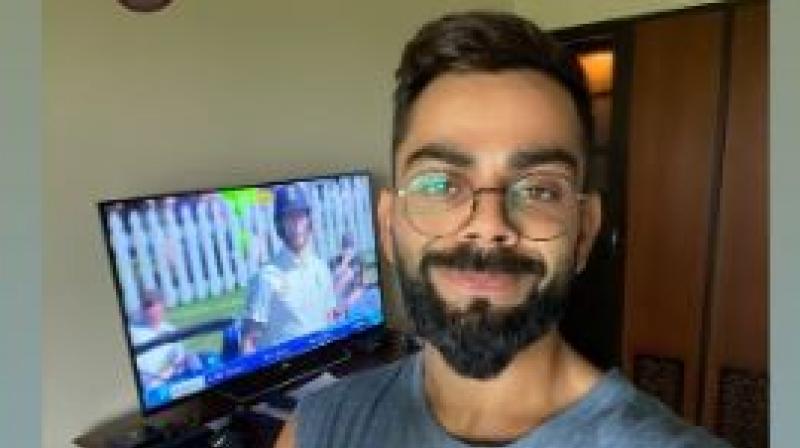 Ahead of India's first-ever day-night Test, skipper Virat Kohli on Thursday woke up early to witness the ongoing first Test between England and New Zealand. (Photo:Instagram)

He also said that waking up to see Test cricket takes one back to their childhood.

In an Instagram story, Kohli posted a selfie of himself watching Ben Stokes bat against New Zealand and captioned it as: "Waking up to see Test cricket on TV takes you back to your childhood". 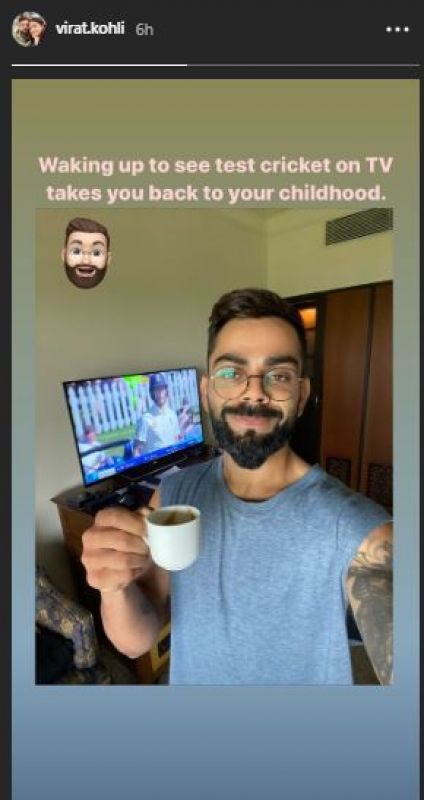 In the ongoing first Test between the World Cup finalists--England and New Zealand, the former ended the day one at a score of 241/4 with Ben Stokes still at the crease.

Stokes is currently unbeaten at 67 runs.

Meanwhile, ahead of India's day-night Test against Bangladesh, skipper Kohli gave his take on the pink ball matches and said they can be a one-off thing, but should not become the only way to play Test cricket.

"In my opinion, the day-night Test should not become the only way in which the longest format of the game is played. Because then you are losing out on the nervousness which is created in the first session of the match. You can bring excitement to Test cricket, but you cannot make the longest format of the game adhere just to the excitement," Kohli told reporters on Thursday.

"If I do not like Test cricket, you cannot force me to watch it. People who like to watch the grind throughout the match, in my opinion, they should come to watch it. Yes, it is great to create more buzz for Tests, but if you have a Test calendar in which series are fixed, then you need to bring in sync into the game. This can be a one-off thing but it should not become a regular scenario," he added.

India defeated Bangladesh in the first Test by an innings and 130 runs to consolidate their position at the top of World Test Championship (WTC) standings. The side currently has 300 points from six matches and they face Bangladesh in the day-night Test at Eden Gardens, Kolkata from November 22.