Virat Kohli all set for 'historic' day-night Test against Bangladesh

During the pre-match press conference, Kohli compared the buzz for the day-night Test to the T20 World Cup match against Pakistan in 2016. 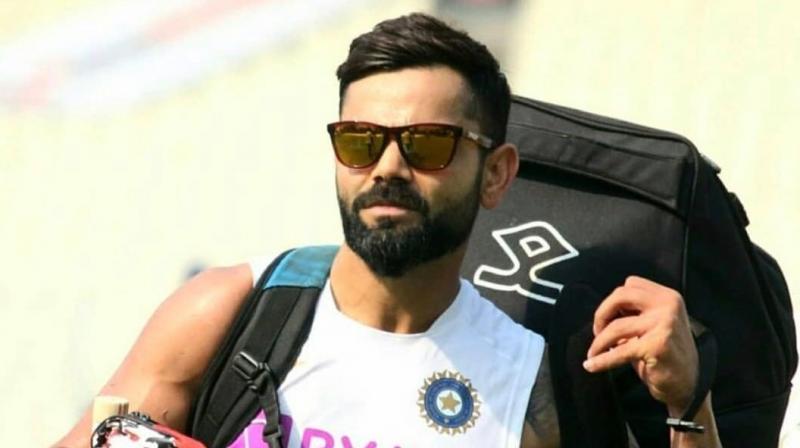 India skipper Virat Kohli is all set for the 'historic' day-night Test match against Bangladesh. (Photo:Twitter)

Kohli took to Twitter and wrote: "Good practice gets you in sync. All set for the historic test."

Good practice gets you in sync. All set for the historic test ✌️🇮🇳 pic.twitter.com/jsGmSAW0Nm

India will play their first-ever day-night Test match, scheduled to commence on November 22 at Eden Garden. The match will be played with a pink ball.

During the pre-match press conference on Thursday, Kohli compared the buzz for the day-night Test to the T20 World Cup match against Pakistan in 2016.

"It's a big occasion. We were excited about the pink-ball Test. Such big buzz for a match at Eden was created when we played against Pakistan in the T20 World Cup in 2016. In that match also, big players came to see it and in this day-night match also felicitation and all is planned. A big crowd will give a boost to all players. People will enjoy the spectacle. We are lucky that we will be playing India's first-ever day-night Test," Kohli said.