Umpiring in the first-ever pink ball match at Adelaide four years ago was not easy and Ravi prepared well in advance. 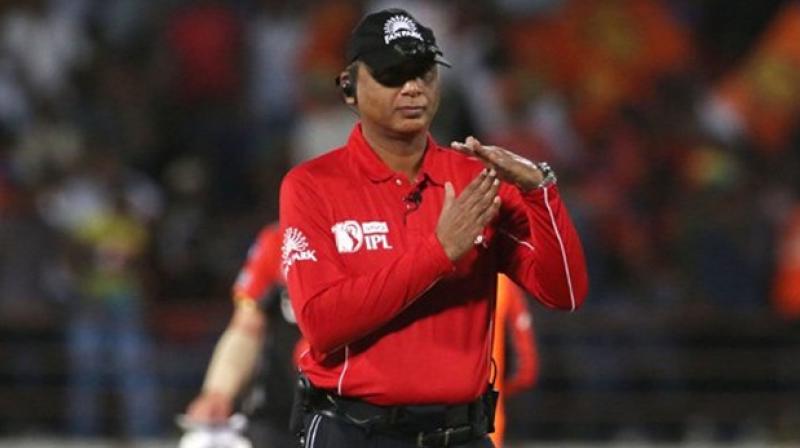 India's only Elite Panel umpire in recent times S Ravi had to forcibly change his 'sleeping pattern' in order to adjust his body clock to the needs of the first-ever Day/Night Test between Australia and New Zealand back in 2015. (Photo:Twitter)

Kolkata: India's only Elite Panel umpire in recent times S Ravi had to forcibly change his "sleeping pattern" in order to adjust his body clock to the needs of the first-ever Day/Night Test between Australia and New Zealand back in 2015.

Umpiring in the first-ever pink ball match at Adelaide four years ago was not easy and Ravi prepared well in advance that included "late-to-bed and late-to-rise" pattern to prepare his body for the rigours of the game.

The 53-year-old former cricketer from Chennai first attended an ICC workshop in Dubai two months in advance and officiating in a two-day tour match between New Zealand and Western Australia XI at Perth, six days before the etched-in-history Tran-Tansman battle at the Adelaide Oval from November 27.

Describing D/N Test as like standing in a five back-to-back ODIs, Ravi said he had his "usual butterflies" but was well-prepared.

"I started sleeping little late and waking up late. You know the game would get over around 10-10.30 pm and by the time you reach hotel and sleep it's really late. So I practised sleeping late so that my body clock is adjusted to that pattern."

He went onto recall how the International Cricket Council had organised a workshop for the Elite Umpires in Dubai with a practice match with the pink ball two months in advance.

"It was about getting used to the colour of the ball. Floodlights were of course not as good but it was a good preparation."

Then his actual preparation came just a week before the Adelaide Test when New Zealand played a tour match at the Perth.

Like many have opined, Ravi also cautioned about the twilight zone when the artificial lights take over.

"It was definitely a challenge because during the night name there was a lot of swing and a lot of wickets fell during that period. You had to concentrate that much harder. When the batsmen struggle, umpires also struggle," he recalled.

Marais Erasmus and Rod Tucker will officiate in this Test and Ravi said they are seasoned campaigners as far as pink ball match was concerned.

"They have officiated in D/N Tests and they are experienced enough. They will change glasses once the sun sets in. Otherwise it's normal, no extra preparation is needed."

Like he did at the domestic level in Duleep Trophy in his capacity as the technical committee chairman, the newly elected BCCI president Sourav Ganguly has been the architect of the first pink ball match at International level as India will make their foray into Day/Night Test arena.

Ravi hoped that it's here to stay in India.

"It's a great initiative by BCCI. I'm also very excited to see how this pink ball match will be played. i'm sure it will bring in more spectators. I'm sure more and more pink ball matches will happen in India.

"Crowd turnout was very poor during the recent South Africa Tests. It's good for Test cricket, and generally good for the game."