A practice match with pink ball would have been helpful, rues Mominul Haque 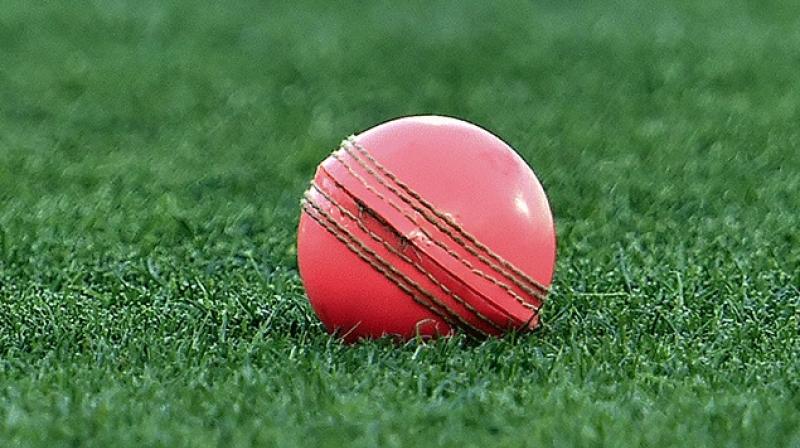 Bangladesh captain Mominul Haque on Thursday rued that his team didn't get a practice game to prepare before taking on India in their first-ever Day/Night Test. (Photo: AFP)

Kolkata: Bangladesh captain Mominul Haque on Thursday rued that his team didn't get a practice game to prepare before taking on India in their first-ever Day/Night Test.

It was only two days before embarking on their tour of India that BCCI president Sourav Ganguly could convince the Bangladesh Cricket Board to play a pink ball Test, leaving no provision for a warm-up game.

"We did not get any opportunity to play a practice match and at that moment (when it was decided) we could not do anything. The only way to prepare for us was by preparing mentally. But definitely, if you play any Test match with the pink ball, you have to play practice matches," Mominul said on the eve of the Test here.

The current Bangladesh team have no pink ball experience even at the domestic level and they only had four sessions, including two in Indore, before their first ever D/N Test.

While a handful of Indians have played pink-ball game at the domestic level, Bangladesh's only experience with the ball was a one-off first-class fixture back in 2013. Incidentally, none of the current team players played that match.

"It's new for everyone. We had very good preparation we hope we can capitalise on that. We will look for the opportunities and we are excited to play the first ever pink ball Test for the country," the skipper said.

The skipper urged his batsmen to be more careful while facing the pink ball, which is likely to have more lateral movement on a green wicket.

"It's about being strong mentally and have to be more patient. The idea is to play session by session. It's about learning from the past."

Mushfiqur Rahim was the lone half-centurion in Bangladesh innings as they crashed to an innings and 130-run defeat inside three days in Indore.

"We made some mistakes in the first innings. There was no partnership in the top order. We did not have proper shot nd go forward. We hope to rectify our mistakes," he said.

He said his team is not going to get distracted by all the hype surrounding the historic match.

Bangladesh Prime Minister Sheikh Hasina will headline a galaxy of dignitaries from both the sports and political fraternity while a host of special programmes is also being planned for the Test.

"I don't think it's affecting our preparation. We are professional players. We have to play cricket at the end of the day and we are excited only about the match. We always want to play with the team process," Mominul said.

"It's always exciting to play in front of big crowd. Pink ball under lights can be challenge. But at this level, there's challenge everywhere," he said.