Mumbai remain in hunt for quarter-finals

The visitors earn three points against Andhra on the basis of a first innings lead of 114 in drawn match. 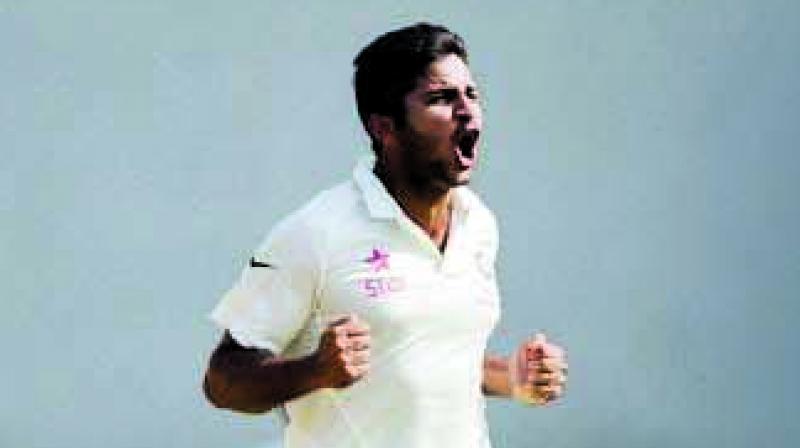 The 41-time champions will now meet Tripura in the last league clash at Wankhede stadium from November 25. (Photo: PTI)

Mumbai earned three crucial points against Andhra in the Group C Ranji Trophy clash that concluded in Ongole on Monday. The visitors set Andhra a target of 397 on the last day of the four-day match on Monday and the hosts managed to salvage a draw. But Mumbai prevailed on the basis of a first innings lead of 114.

The Aditya Tare-led side now have 14 points after five matches. The 41-time champions will now meet Tripura in the last league clash at Wankhede stadium from November 25 and will need a good result in their favour to advance to the quarters.

Though Mumbai have their fate in their own hands at their home they have managed just two points from previous home games against Tamil Nadu and Baroda as against 12 points from three away games.

Starting the day at 190/4, Shreyas Iyer, unbeaten on 75, failed to convert it to yet another second innings hundred. He was dismmised on 89 after playing 114 balls with nine hits to the ropes and one over it. Skipper Tare made just 5 runs but Abhishek Nayar (38) and Dhawal Kulkarni (33) were involved in a breezy 73-run partnership to enable Mumbai to declare at 279/6.

Andhra got one point from the match to move to 19 points. But they have played all their group matches and now their fate will depend upon how Mumbai, Tamil Nadu and Madhya Pradesh fare in their last league matches.

The match was set up by Prithvi Shaw’s 114 and Siddhesh Lad’s 86 on the first day with Dhawal Kulkarni’s handy fifty going into second day as Mumbai scored 332 in the first essay despite rain interruption.

Shardul Thakur then led the pace attack on Sunday claiming 5-55 as Andhra were bowled out for 215. He got good support from Dhawal Kulkarni (3-44) from the other end. Mumbai led by Iyer batted well in the second innings to ensure Andhra could never smell an outright win.