Shinwari was one of two changes Pakistan made from the third one-day which they won by seven wickets in Abu Dhabi. 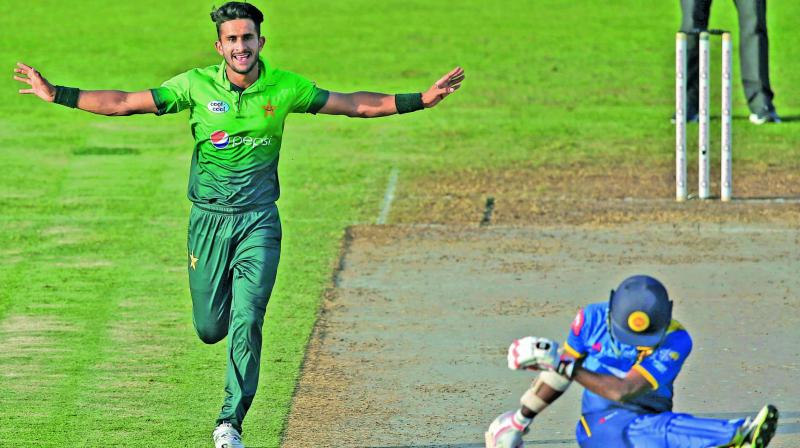 Sharjah: Sri Lanka’s woeful batting continued as they were bowled out for another paltry total of 173 in 43.4 overs by Pakistan in the fourth day-night international in Sharjah on Friday.

Medium pacer Hasan Ali (3/37) and spinners Shadab Khan (2/29) and Imad Wasim (2/13) were the chief destroyers as only Lahiru Thirimanne resisted with a 94-ball 62 on a flat pitch at Sharjah Stadium.

Already trailing 3-0 in the five-match series, Sri Lanka were off to a disastrous start when their in-form skipper Upul Tharanga was bowled by debutant left-arm pacer Usman Shinwari for nought off his second delivery.

Shinwari was one of two changes Pakistan made from the third one-day which they won by seven wickets in Abu Dhabi. Also brought back was Wasim. They replaced Fahim Ashraf and Rumman Raees.

Sri Lanka had made three changes, with Sadeera Samarawickrama making his debut but not much changed for them.

Another left-armer Junaid Khan ended Niroshan Dickwella’s enterprising 16-ball 22 studded with three boundaries and a six while Dinesh Chandimal was run out for 16.