Australia's Smith, who got hit on the head at the nets before the ODI series against England and got a concussion, missed the whole series. 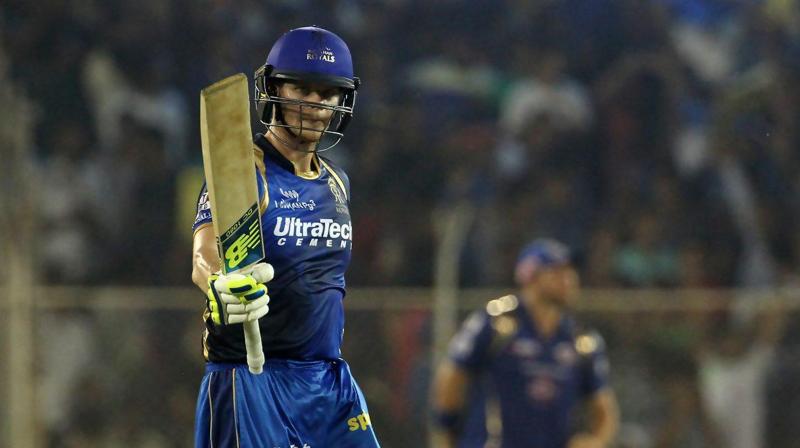 “It’s been good to catch up with both the old and the new Royals. We’re in a good place and have got a really good squad this year, really strong and we’re ready to get going,” skipper Smith said, confident that the Royals will get off to a good start. (Photo | iplt20.com)

Dubai: Rajasthan Royals skipper Steve Smith is all set to return to action during his team’s opening IPL contest against Chennai Super Kings on Tuesday, having successfully recovered from the concussion injury sustained prior to ODI series against England.

Smith, who got hit on the head during net session before the first ODI in Manchester, missed the whole series on advice of Cricket Australia’s medical team.

“Yeah obviously missed the last three one-dayers in England. (I have) been in Dubai for a couple of days now with some good rest  and then got into a bit of running,” Smith was quoted as saying in a media statement issued by Rajasthan Royals.

“Yesterday I did a bit of zig-zag running, which is part of the protocols to pass to get back to play and today I’ll have a hit in the nets. Hopefully, pull up well from the hit and be good to play tomorrow,” Smith said.

The skipper is confident that the team is in a very good space to begin with and can’t wait to get cracking.

“The guys have been here for a month now and from all reports, the training has been magnificent.  It’s been good to catch up with both the old and the new Royals. We’re in a good place and have got a really good squad this year, really strong and we’re ready to get going.”

Smith is confident that Royals will get off to a good start.

“Chennai and Mumbai both have been two really strong teams for a long time now. We obviously watched a bit of the game the other night, the Super Kings played really well to get over the line in the end.

“Hopefully, we can put on a really good show and get our campaign off to a good start,” Smith said.