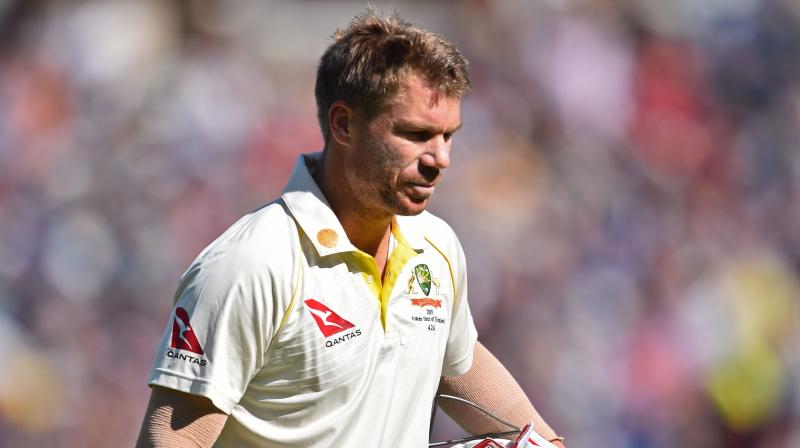 Labuschagne who came in the playing XI as a concussion substitute for Steve Smith, became the second run-scorer for Australia in the Ashes 2019. (Photo: AFP)

Melbourne: Australia batsman Marnus Labuschagne believes that David Warner will bounce back after latter's disastrous run in the Ashes 2019.

"It was a very tough series for him personally but you look back and we won't know until the end of our summer but I think that's going to make him a better player." cricket.com.au quoted Labuschagne as saying.

Moreover, England pacer Stuart Broad dismissed Warner seven out of 10 times in the Ashes 2019 resonating his struggle with the bat.

Labuschagne who came in the playing XI as a concussion substitute for Steve Smith, became the second run-scorer for Australia in the Ashes 2019.

The right-handed batsman credited Warner for helping the young guns off the field.

"The way he conducted himself the whole tour, being under pressure and obviously he didn't score runs he would like (but) the way he helped the guys around like myself and the other younger guys, talking about the game and about batting and just his whole demeanour was really great", Labuschagne added.

The team from Down Under will next face Sri Lanka in a three-match T20I series.