Additional reports stated, few seniors players were not happy to work with Ravi Shastri and his support staff. 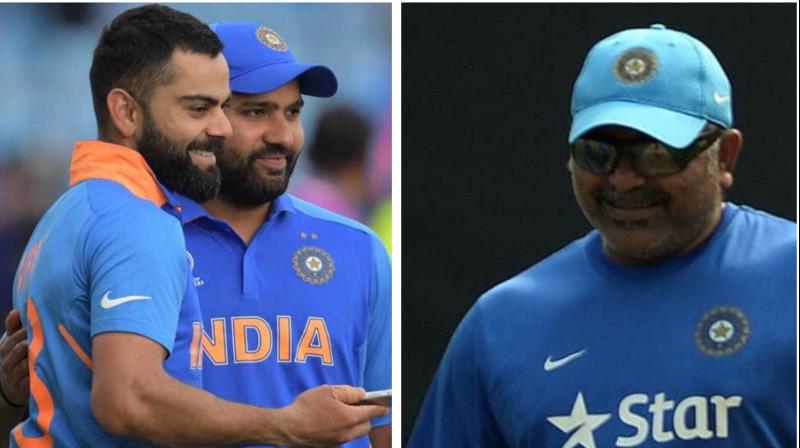 Soon after the ouster, the reports got circulated, stating that there were two different camps – a Virat Kohli camp and a Rohit Sharma camp. (Photo:AFP)

Mumbai: Reports suggesting that a rift between Virat Kohli and Rohit Sharma has upset the Indian cricket team. The reports came out with the exit of India from the 2019 World Cup after 18-runs defeat at the hands of the Kiwis. Soon after the ouster, the reports got circulated, stating that there were two different camps – a Virat Kohli camp and a Rohit Sharma camp.

Additional reports stated, few seniors players were not happy to work with Ravi Shastri and his support staff. Currently, there has been no official statement regarding the same. However, India’s bowling coach Bharat Arun has opened and decided to clear some airs.

Arun stated that very few players were working as a unit, and this may be the reason behind the speculations. Bharat said the team does have some disagreements, but now it has been sorted out.

The bowling coach in an interview with the Sportstar said,“It's not that we agree on everything. We have our arguments and discussions on various aspects like the composition of the team and the strategy. Everyone voices his opinion. But at the end of the day, the other person's view is respected and a collective decision is taken.”

The fielding coach’s mixed statement does suggest that there clearly has been some disagreements in the team, and the rumours aren’t going to stop any time soon. However, the management will definitely fix the issues with the players.