Sports   Cricket  21 Jun 2019  'Yoga helped me in being present in the moment': Suresh Raina
Sports, Cricket

'Yoga helped me in being present in the moment': Suresh Raina 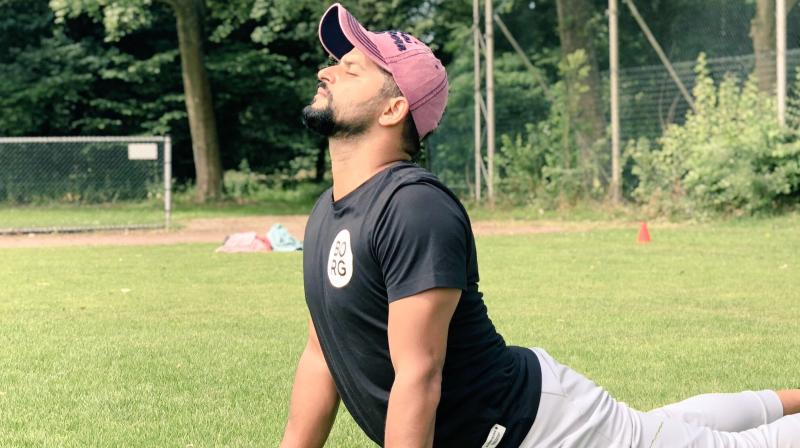 New Delhi: Indian cricketer Suresh Raina on Friday shared a picture of himself doing yoga to mark the International Yoga Day and he went to say that Yoga has helped him in being present in the moment.

Raina can be seen performing Urdhva Mukha Svanasana on the International Yoga Day.

"Yoga helped me in being present in the moment. It's a blessing. There's nothing more important than being aware & being comfortable of one's now. #yogaday2019 #internationaldayofyoga2019," Raina wrote on Twitter.

Yoga helped me in being present in the moment. It's a blessing. There's nothing more important than being aware & being comfortable of one's now. #yogaday2019 #internationaldayofyoga2019 pic.twitter.com/LZD6RxWhUN

Earlier on Friday, Gautam Gambhir, the newly elected Member of Parliament, said that for sportsmen, yoga is more beneficial than gymming. The former batsman was seen performing the spiritual and ascetic discipline.

"Yoga is very important as a sports person and sportsmen always do yoga. Both gyming and yoga are important but yoga helps in building concentration power and keeps you calm and peaceful to take better decisions," Gambhir told to reporters during the Yoga event at Delhi.

The 37-year-old batsman played for more than 15 years for India and scored 4154 runs in 58 Test matches. In 147 ODIs he had 5238 runs under his name.
"Yoga does not only makes your body fit but also keeps you in mental peace. If your mind is healthy then this country will remain healthy," he added.

The proposal of yoga day was pushed by the Indian Prime Minister Narendra Modi in the first year of his tenure and he also suggested at the United Nations General Assembly, expressing his interest to mark June 21 as International Yoga Day.