Children performed various postures of yoga and in the World Cup trophy formation on a school playground in front of tri-colour. 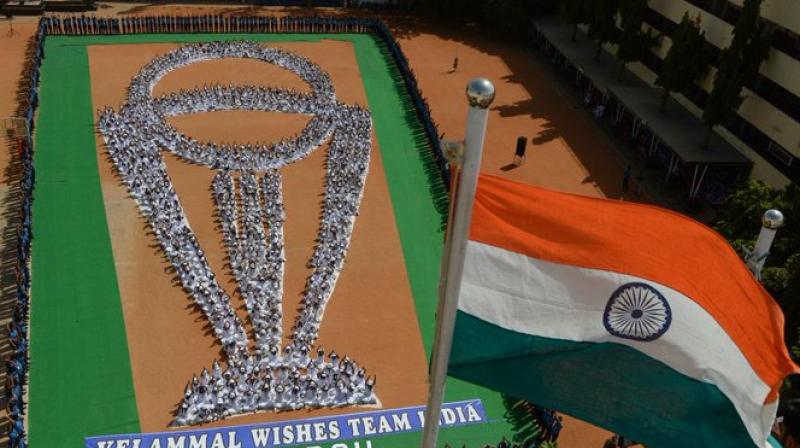 New Delhi: To mark the International Yoga Day and to display their support to the Indian cricket team, school children in Chennai performed Yoga in the formation of the cricket World Cup trophy.

Cricket World Cup shared a picture of children performing yoga in Chennai on Twitter and Wrote," Incredible commitment levels to #TeamIndia and International Yoga Day from these school children in Chennai, India."

Children performed various postures of yoga and in the World Cup trophy formation on a school playground in front of tri-colour.

The theme of 5th International Yoga Day 2019 is "Climate Action". The first International Day of Yoga was observed all over the world on June 21, 2015, when over 30,000 people including Prime Minister Modi performed yoga at the Rajpath in New Delhi.

The idea of International Day of Yoga was first proposed by Prime Minister Modi during his speech at the United Nations General Assembly (UNGA) on 27 September 2014.

In the ongoing World Cup, India remained unbeaten so far in their four games and are at the number four position with seven points as their match against New Zealand was washed out due to rain.

India will next play against Afghanistan on June 22 at Southampton.