Pandya has been in good form in the ongoing ICC Men's Cricket World Cup with both bat and ball. 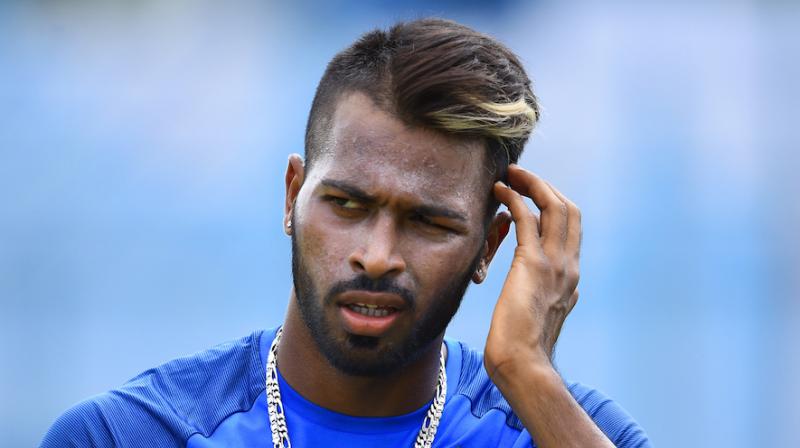 Pandya has played vital cameos for the team in the tournament and with the ball, he has looked to unsettle the batsmen with his quick bouncers. (Photo: AFP)

In the photo, Pandya can be seen placing his hand on the shoulder of fellow team-mate KL Rahul and he captioned the post as "Yoga day special, this much only I stretch #fact".

Yoga day special 🧘‍♂️ this is how I stretch 😂 #fact

Pandya has been in good form in the ongoing ICC Men's Cricket World Cup with both bat and ball. He has played vital cameos for the team in the tournament and with the ball, he has looked to unsettle the batsmen with his quick bouncers.

Earlier on Friday, Gautam Gambhir, the newly elected Member of Parliament, said that for sportsmen, yoga is more beneficial than gymming. The former batsman was seen performing the spiritual and ascetic discipline.

"Yoga is very important as a sports person and sportsmen always do yoga. Both gyming and yoga are important but yoga helps in building concentration power and keeps you calm and peaceful to take better decisions," Gambhir told to reporters during the Yoga event at Delhi.

"Yoga does not only makes your body fit but also keeps you in mental peace. If your mind is healthy then this country will remain healthy," he added.

The proposal of yoga day was pushed by the Indian Prime Minister Narendra Modi in the first year of his tenure and he also suggested at the United Nations General Assembly, expressing his interest to mark June 21 as International Yoga Day.