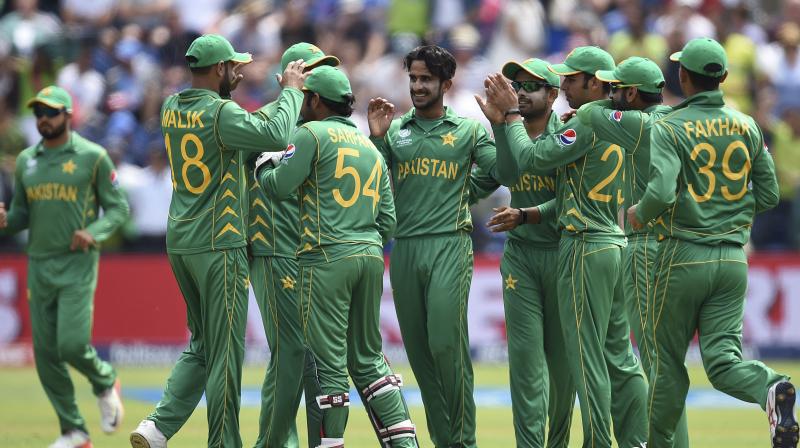 The victory also saw Pakistan leapfrog Sri Lanka and Bangladesh to surge into the sixth spot and move closer to direct qualification for the ICC Cricket World Cup 2019. (Photo: AP)

Karachi: Pakistan Prime Minister Nawaz Sharif has announced price money of Rs 10 million each for every player of the national cricket team, as a reward for winning their maiden Champions Trophy on Sunday.

Pakistan delivered an all-round performance against India, winning the finals by massive 180 runs at the Kennington Oval to lift their maiden Champions Trophy title.

Reflecting on the announcement, Minister of State for Information Marriyum Aurangzeb said that the Pakistan team had lifted the spirit of nation by producing brilliant performance throughout the tournament.

She also pointed out that the Sarfraz Ahmed-led side managed to outclass their opponent in all departments - batting, fielding and bowling.

"For showing an outstanding performance, the team deserves appreciation," the Dawn quoted Aurangzeb as saying.

The victory also saw Pakistan leapfrog Sri Lanka and Bangladesh to surge into the sixth spot and move closer to direct qualification for the ICC Cricket World Cup 2019, for which host England and the next seven highest-ranked sides as on September 30 will get straight entries.

The Sarfraz Ahmed-led side gained four points to move to 95 points as its wins over higher ranked opponents in the tournament included the one in the final against India and an eight-wicket semi-final victory over England.