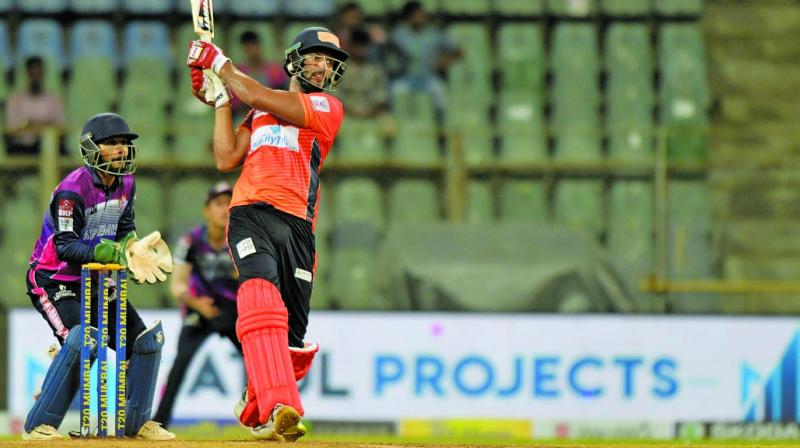 Shivam Dube showed why Royal Challengers Bangalore (RCB) paid five crores to buy him by slamming unbeaten 87 in 46 balls. However, his lone effort was a lost cause as Shivaji Park Lions went down by three runs to Shreyas Iyer led Namo Bandra Blasters in the T20 Mumbai League clash at Wankhede stadium on Sunday night.

Dube, who had a quiet IPL in his first season, excelled under pressure after getting out cheaply in the first match. He almost took Lions home single-handedly after Karsh Kothari (4/19) struck thrice in his first over including prize scalp of Siddhesh Lad to peg back the Lions’ chase of 153. Sachin Yadav (23) was the only top order batsman to score in double figures.

Dube dominated the fifth wicket partnership of 57 runs with Hardik Tamore (11). He hit four boundaries and seven sixes. In-form batsman Raunaq Sharma (18) hit two sixes in the 18th over to get 19 runs but Blasters’ bowlers kept their cool and Lions fell just short in the end. 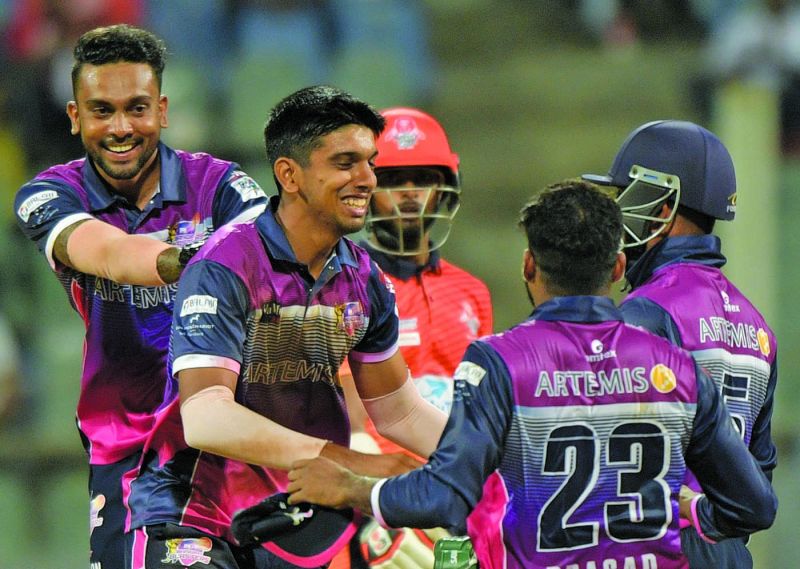 Karsh Kothari celebrating a wicket with his teammates

Shubham Ranjane scored unbeaten 71 and Praful Waghela supported him with 45 to share 114-run partnership for the fourth wicket and keep ARCS Andheri in the hunt for a spot in the semi-finals.

Ranjane and Waghela gave thousands of Mumbaikars who thronged to the Wankhede, many reasons to cheer as their memorable stand gave ARCS a six-wicket win in the last over against Prithvi Shaw’s North Mumbai Panthers. The win gave ARCS their second win in four games while the Panthers suffered their maiden defeat after two consecutive wins.

When left-handed Waghela, making his maiden appearance this season, joined Ranjane in the middle at the end of the ninth over, the target of 161 looked a distant dream. With the top three — including the last match’s hero in opener Akhil Herwadkar — having been dismissed, the ARCS were reeling at 41 for three.

Despite the duo having added 51 runs in five overs, the target seemed far away with 69 runs required in the last six overs. That’s when the duo decided to accelerate and Ranjane stayed till the end to pull off a heist.