The 29-year old posted a picture of himself on Twitter with black tape on his mouth. 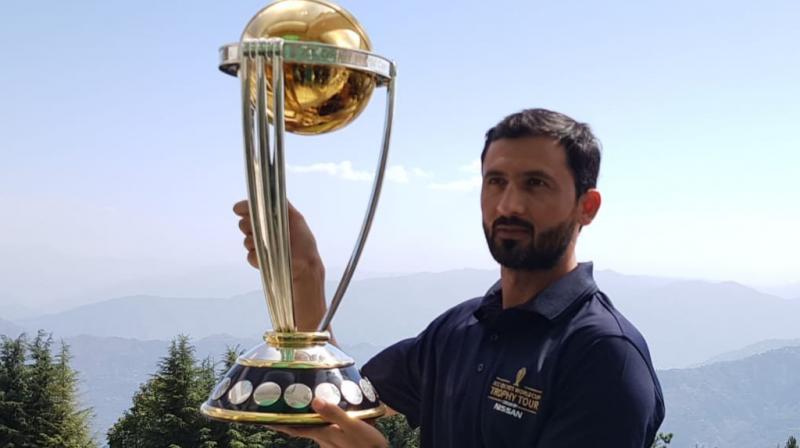 Pakistan will compete with West Indies in their first World Cup 2019 clash on May 31. (Photo: Junaid Khan/Twitter)

New Delhi: It seems like exclusion from Pakistan's World Cup squad has not gone down well with the pacer Junaid Khan, who stated that 'truth is bitter'.

The 29-year old posted a picture of himself on Twitter with black tape on his mouth and wrote: "I don't want to say anything. Truth is bitter. (Sach karwa hotha hai)."

However, a few hours later Khan deleted his tweet.

Khan found a spot in the preliminary World Cup squad which was announced on April 2018. However, after the conclusion of their five-match ODI series against England, Pakistan named their final World Cup squad on Monday, from which his name was dropped.

Khan is not the only player who was ruled out of the final squad after being named in the preliminary squad. Abid Ali and Faheem Ashraf were among the other players who will not get to participate in the quadrennial tournament.
However, Mohammad Amir, Wahab Riaz and Asif Ali have been named in Pakistan's final World Cup squad.

After the first match got abandoned due to rain, Pakistan faced a 4-0 defeat in the hands of England. But despite the defeat, it appears to be like the series helped Pakistan to choose their squad going in the premier tournament.

Pakistan will compete with West Indies in their first World Cup 2019 clash on May 31.