'Bangladesh is stronger within the squad': Coach Steve Rhodes

Bangladesh defeated West Indies in the finals of the Tri-nation series. In the match, Bangladesh was without Shakib Al Hasan. 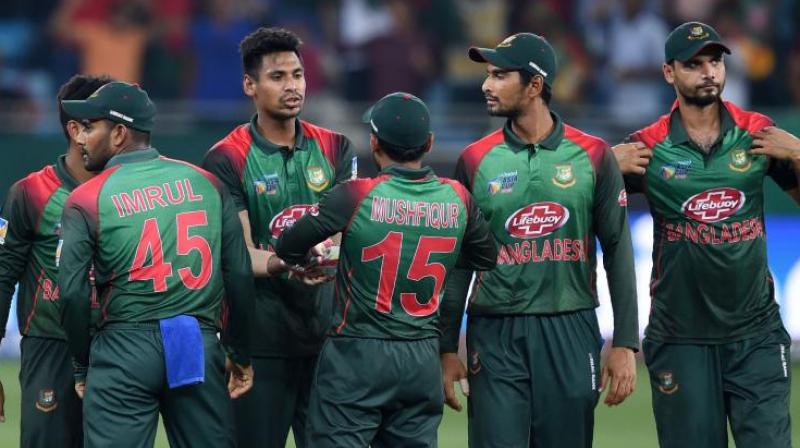 Bangladesh will play against Pakistan and India in the warm-ups before opening its World Cup campaign against South Africa on June 2 at The Oval. (Photo: AFP)

Dubai: Bangladesh head coach, Steve Rodes on Tuesday said that the team's recent success in the Tri-nation series proves that the team is stronger within the squad and there's more to the side than just their big five players.

"There have been two or three guys who have played special innings. If you think of Mosaddek, for example, he is a guy now who is going to keep everybody on their toes. That's the depth of the squad and he might not play, and if he doesn't, then what a great position we have. It gives us the confidence that we can win some big games as well," International Cricket Council (ICC) quoted Rhodes as saying.

"That means Bangladesh is stronger within the squad, and that's what we want as we want more depth, and if we get that depth, then people will stop talking about the big five," he added.

Bangladesh defeated West Indies in the finals of the Tri-nation series on Friday, May 17. In the match, Bangladesh was without their star all-rounder Shakib Al Hasan as he was ruled out of the game due to a side strain.

Their other key players like Tamim Iqbal, Mushfiqur Rahim and Mahmudullah played secondary roles in the run-chase. Chasing a score of 210 in 24 overs, Soumya Sarkar top-scored for the team with a knock of 66.

An unbeaten half-century from Mosaddek Hossain took Bangladesh over the line in the finals.

Rhodes praised Sarkar's consistency over the past few months and hopes that people will now get off his back.

"He has been a revelation since he hit that hundred and double-hundred in the DPL [Dhaka Premier League, Bangladesh's premier List A competition, but he also gets some rough days from people," Rhodes said.

"So it's just nice to see him carrying on that form, and I hope people would get off his back a little bit because he is a wonderful player. We support him and back him. But not everyone always does that," he added.

Bangladesh after winning the Tri-nation series, will now look to carry this winning momentum in the upcoming World Cup.

World Cup is scheduled to be hosted in England from May 30 to July 14. Bangladesh will play against Pakistan and India in the warm-ups before opening its World Cup campaign against South Africa on June 2 at The Oval.