With Mumbai Indians and Rising Pune Supergiant facing off today, we give you a sneak peek at the IPL finale for this season. 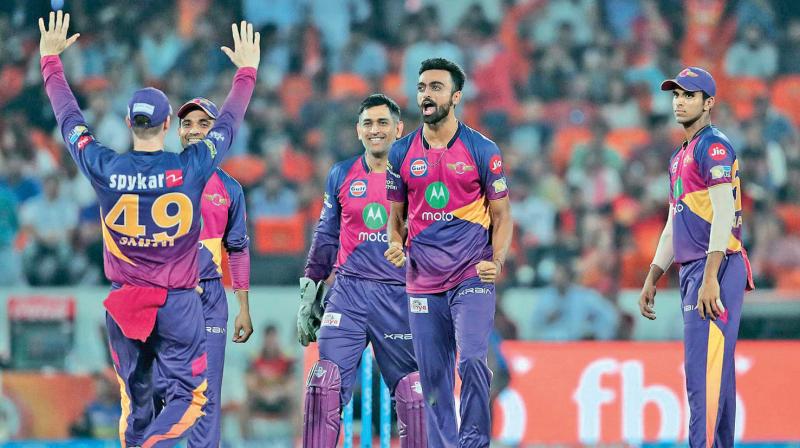 Mumbai and western India were the cradles of Indian cricket. Things may have changed since then, but right now the west had its pride restored in a big way as the Mumbai Indians get ready to take on the Rising Pune Supergiant in the IPL final in Hyderabad on Sunday. While Mumbai have been one of the most consistent teams in the cash-rich league, the newbies Pune have had a fairytale run in the 10th edition, but only the second and last season for Pune. Having finished one off the bottom  last year, Pune stormed into the final in style by beating Mumbai in the first qualifier itself.

It will be a no-holds-barred contest on Sunday as feelings are known to run high between the teams, especially because Pune have managed to beat Mumbai in all three meetings this season. Rohit Sharma has been a successful captain leading the side to two titles while Steve Smith has been inspirational in his inaugural season as captain, with  good support, of course, from Mahendra Singh Dhoni who reads the game better than anyone else.

While Smith has been smart in executing plans, Dhoni has helped manoeuvre the field placements cleverly for his skipper and they have been a great team as ‘captains’. Pune may be without star performers Ben Stokes and Imran Tahir but they did not allow any negativity to come in the way of good cricket.

New coach Mahela Jayewardene has been the brain behind Mumbai Indians’ consistent show. He even rested the experienced Harbhajan Singh in the first game against RPS and raised eyebrows.  He still preferred Karn Sharma in a vital play-off against KKR and his instincts proved right as Karn did the star turn in the ‘semi final’. He ran rings around KKR to win the game. Not picked for the first seven games, Karn got in only because left-arm spinner Krunal Pandya was injured. Karn had match figures of 4/16 against KKR.

His big performance came at a crunch moment for Mumbai Indians and it is not the first time Karn has impressed like this. He had a good couple of seasons with Sunrisers Hyderabad and also broke into the Indian team in 2014 but since then it had been a downward curve for him. But he showed this season what he is made of after getting his chance.

When asked in the post match press conference on Friday whether there was any pressure on him to justify his selection over Harbhajan, he said, “That is not in my hands. The team needs me at that time and I just want to bowl well and win the match for them. That’s more important. I am working hard even when I am not playing. The main motivation when I get a game is to perform for the team and help the team win,” Karn said. So look forward to a great clash then between the prowess of Karn and the big-hitting abilities of Steve Smith and M.S. Dhoni.