McCullum also cleared that Dinesh Karthik would indeed be the captain to lead KKR. 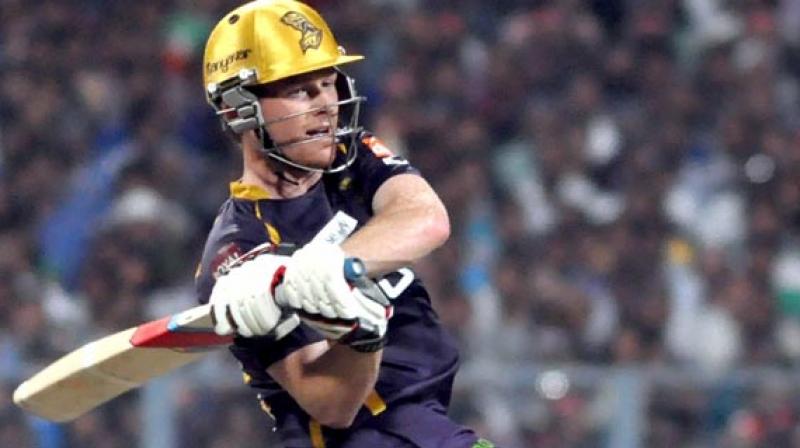 McCullum also cleared that Dinesh Karthik would indeed be the captain to lead KKR.

"Dinesh Karthik is definitely our captain. Eoin Morgan is one of the best leaders going around, he will be a perfect foil for Dinesh Karthik. In the last couple of years, Morgan has played freely and he is a key player," McCullum told reporters here at Kolkata.

KKR also managed to bag Australia pacer Pat Cummins for a whopping amount for INR 15.5 crore. This signing is now the most expensive for a foreign player in the history of the tournament.

"Pat Cummins was with the squad in 2014, hopefully, he will be a good inclusion for us. Morgan and Cummins have both come back home," he added.

McCullum further added that Cummins was the best player in this auction and the side had to go all out for him.

"He was the best player in this auction. He has grown into a very good player. He is now the vice-captain of the Australian cricket team. He is very pleased to join KKR," McCullum said.

Royal Challengers Bangalore (RCB) was managed to pick up Australia's limited-overs skipper Aaron Finch and the side's director of cricket, Mike Hesson said that the Aussie would bring in a lot of experience to the side.

"Aaron Finch brings us a lot of experience to the group. There are a lot of talented players in the group, and he will surely help all the players in the side. Virat has taken a keen interest in the auction. He has provided his inputs," Hesson said.