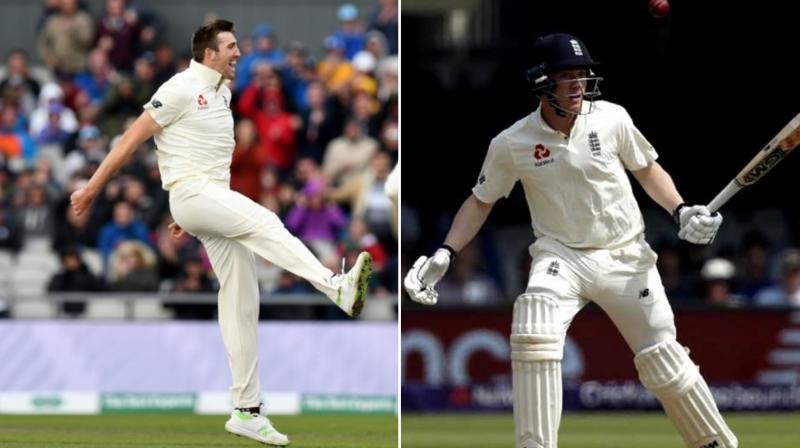 Dominic Bess and Craig Overton will join the England squad in South Africa due to the illness that has affected three key bowlers, the England and Wales Cricket Board (ECB) announced on Friday. (Photo:AFP)

London: Dominic Bess and Craig Overton will join the England squad in South Africa due to the illness that has affected three key bowlers, the England and Wales Cricket Board (ECB) announced on Friday.

The Somerset duo will act as cover with pace duo Stuart Broad and Jofra Archer laid low and spinner Jack Leach also unable to take part in their tour match beginning on Friday with South Africa A.

"Dominic Bess and Craig Overton have been called up to the England men's Test squad as cover ahead of the first Test starting on Boxing Day against South Africa at SuperSport Park, Centurion due to illness in the camp," read the ECB statement.

"Bess and Overton are due to arrive at the team's base in Johannesburg on Saturday morning."

Overton, 25, who played the last of his four Tests against Australia in the summer, will provide pace back-up for Archer and Broad, while Bess will offer another spin option if county colleague Leach does not recover.

Bess, 22, played two Tests against Pakistan in 2018 and may find himself picked ahead of Matt Parkinson, after the Lancashire spinner had 112 runs taken off him in his 20 overs earlier in the week.

The match with South Africa A has also been downgraded from a first class encounter to a three-day friendly.

England will play four Tests, three one-day internationals and three Twenty20 matches during this tour, before moving on to Sri Lanka in March.