Haseeb Hameed is made for Test cricket, believes Stuart Broad. 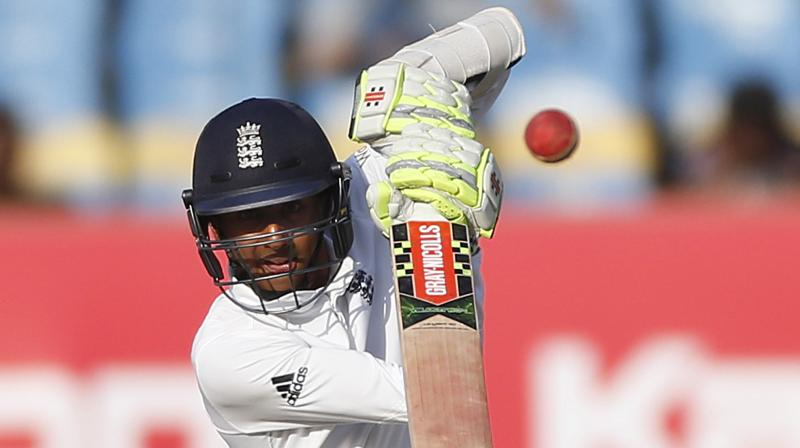 Visakhapatnam: Stuart Broad has revealed that he has learnt the trick of pace bowling in India from India’s legendary paceman Zaheer Khan.

Broad picked up Zaheer's advice during the team's last trip to the country four years ago.

"I remember Zaheer Khan was very good at it, bowling slightly off pace, and then really surprise you with a quick inswinger. That's something Jimmy and I talked about. Try to get batsmen bowl at slightly slow pace, then hit with a quicker pace at the stumps. Jimmy did that to Pujara. That seems to be the plan and it helped on a wearing pitch," Broad said after the end of fourth day's play in the second Test against India.

Broad delivered a couple of accurate leg-cutters to dismiss Ajinkya Rahane and Ravichandran Ashwin en route to figures of 4/33 in the second innings against India who were dismissed for 204 in 63.1 overs.

"Leg-cutters probably have been quite a good ball for me probably for three to four years. It helped bowling on an old pitch. I felt the pitch was a bit worn, with a some variable bounce. I was able to use the cutters a bit more. It makes the inswing and reverse swing more dangerous."

At stumps, England were left to require another 318 runs for victory, but Broad sounded confident that they would save the Test.

Set an improbable 405 to win the game, England's opening duo of Alastair Cook and two-Test old Haseeb Hameed batted for 50.2 overs, leaving the visitors with one full day to bat out for a draw.

"Without doubt yes, everyone believes it can be done. We have got two wickets after 60 overs, and we have got only 90 to go. The key would be to break it down to small partnerships, whether it's 15 minutes or 15 balls. These sorts of things, slow the game down and does not feel you're climbing up a mountain," he said.

"We have had a bad hour and half at the end of day two (since they were 80/5 in the first innings) but since then we have shown a lot of character. Huge credit to everyone involved. For us to stay in the Test match coming into day five from the position on day two is a huge credit.

"It's very easy to throw the towel in but we put a lot of pressure on the Indians taking early wickets and not letting them control the scoring rate particularly. Not letting them declare. And then putting a pretty solid batting later on, giving us a hope tomorrow. There's been a lot of Tests saved with teams going into last day from being two down. That will be our aim, whether you played two Tests or 130-odd (137)."

Broad said they can take inspiration from the Auckland Test in 2013 when no 8 Matt Prior hit 110 not out to help them end the fifth day with 315/9 while chasing a tall 481.

"Our openers showed you can bat on that pitch if you apply yourselves. We are very happy with today. We have given ourselves a great chance. If we can keep it quiet for the first hour and half tomorrow the pressure will only grow on the Indians."

The key would be to keep things steady in the first one and half hour, Broad said.

"We know the Indian team will come back tomorrow refreshed and excited and men around the bat but it's all about calming it all down. It's all about slowing the game down in your mind.

He showered praise on Hameed, who was hit on the very first ball, but the youngster stayed calm during his patient 25 from 144 balls.

"It was a hugely tough innings, reminded me he got hit first ball, damaged his hand, he didn't show anything. But he calmly went about his business until tea when he got himself strapped up and showed huge amount of courage. Didn't let the bounce change his movements. He looks made for Test cricket, doesn't he?"

He further compared the innings to Mike Atherton's knock of 280-ball 89 against a South Africa attack boasting Allan Donald while following on in the July 1998 drawn Test in Old Trafford.

"Today runs were not on his agenda but he wanted to bat an amount of time that saves a Test. It's sort of cricket I enjoy seeing as a fan. Atherton vs Donald at Trent Bridge. It took a beauty of a ball to get rid of him. Not many would have got it away."