South Africa were nine for two with both their openers Quinton de Kock and Dean Elgar dismissed. 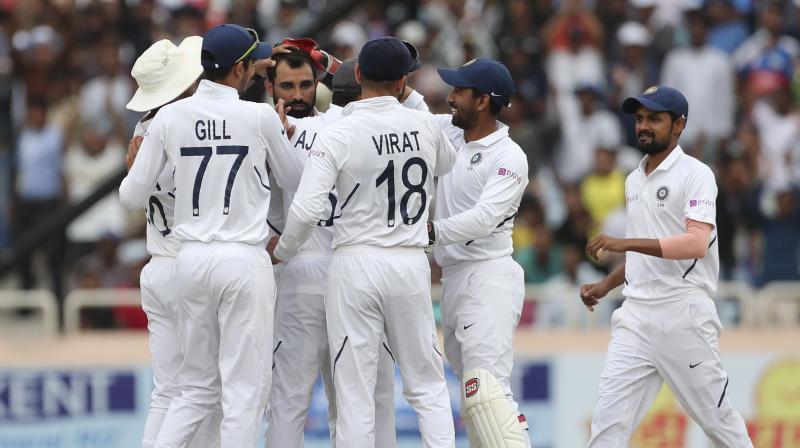 Ranchi: Bad light brought about an early end to the second day's play in the third and final Test between India and South Africa here on Sunday.

Poor visibility meant the India players walked back to the dressing room barely five overs into the South African first innings after the tea break.

India declared their first innings at 497 for nine after Rohit Sharma struck his maiden double century in Tests and Ajinkya Rahane his first hundred at home in three years.

South Africa were nine for two with both their openers Quinton de Kock and Dean Elgar dismissed.