Sports   Cricket  20 Sep 2019  Sunil Gavaskar says MS Dhoni must retire with respect than be pushed out by selectors
Sports, Cricket 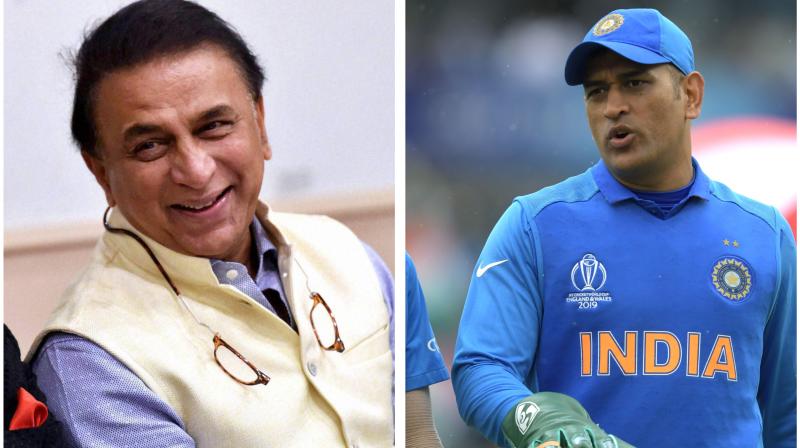 Since India exited from the 2019 World Cup semi-final, after the 18-runs defeat against New Zealand, Dhoni made himself unavailable for selection for India's tour of West Indies in August as he took one and a half month sabbatical to train with the Para Regiment of the Indian Army in Kashmir.

For the home series against South Africa too, the veteran wicket-keeper made himself for selection for the current T20I series as he went on a holiday trip to US with his family.

Speaking on Dhoni’s future, Gavaskar told India Today, "Nobody knows know what is in MSD's mind. Only he can clarify what he thinks his future with Indian cricket is. But I think with him being 38 now, India should be looking ahead. Because by the time the next T20 World Cup comes around he will be 39 years old."

The former Indian cricketer also stated that time is up for the 38-year-old cricketer and he should retire from international cricket with respect and dignity rather than being kicked out by the selectors.

Getting kicked out by the selectors would be an insult and humiliation for one of the greatest Indian captains of India, said the 1983 World Cup winning Indian cricketer. Moreover, Gavaskar also said that Dhoni’s presence on the field brings calmness to the side due to his massive experience.

"His value to the side is always going to be fantastic. Not just the runs he will score or the stumpings he will effect. But his overall presence on the field will be calming for the captain because the captain gets the benefit of his views. So that is a huge plus. But I do believe the time has come," Gavaskar said.

Lastly Gavaskar reiterated, "Everybody has a shelf life and I do believe with the greatest of respect to Dhoni and I am a fan as millions of others; I just believe he should be going without being pushed out. He should be going on his own terms."

However, chief selector MSK Prasad had reiterated his statement by saying that "the legendary player" knows when to retire.

Meanwhile, before the South Africa series began, Virat Kohli also said to the Star Sports that retirement decisions are totally personal, while indicating that Dhoni still continues to be "very valuable" to the Indian cricket team.