'Rohit Sharma's career started after he was dropped from 2011 World Cup squad': Lad 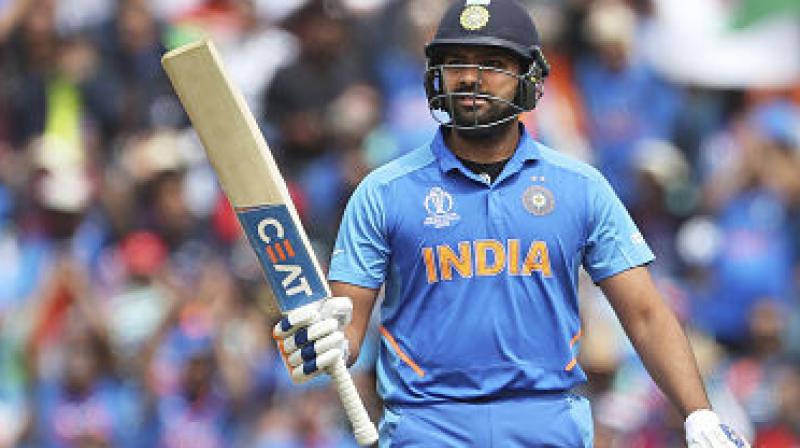 Lad said his advice paid dividends as Rohit Sharma emerged as a completely different batsman after that period. (Photo:AFP)

Mumbai: Rohit Sharma's international career took an upswing once he started focusing more on the game after being omitted from the 2011 World Cup squad, the right-hander's childhood coach Dinesh Lad said on Wednesday.

"Since childhood I have seen his batting and there is no difference. The only different thing today is that he (Rohit) has got matured, because of experience", Lad told PTI.

"From 2007-2009 he had played well and scored two hundreds against Zimbabwe.

After that (from) 2009-2011, because of fame and money, (he got) diverted. He was not looking after his cricket. Because of that he was dropped from the 2011 World Cup as he was not performing in that period," said Lad, also the father of Mumbai Ranji batsman Siddhesh Lad.

"That was very shocking to him. I called him (Rohit) to my home and told him.. listen Rohit, you know why Rohit is here (it is) because of only cricket. You got everything – fame, money from cricket. But (now) you are not looking after your cricket, so I am requesting you, just start practicing.

"Virat (Kohli) came after you and he is in the (2011) World Cup team. See the difference. Now you have to look after your cricket," recalled Lad.

Lad said his advice paid dividends as Rohit emerged as a completely different batsman after that period.

"From that (period), he (Rohit) started practicing from morning seven till evening five," he said.

Lad also stressed that getting into the Mumbai Indians' team also proved to be crucial for Rohit's career.

"Another thing was getting selected for Mumbai Indians. It made a difference for him - to get into that side, to know how to handle a team. And he saw the discipline of his idol Sachin Tendulkar. After 2011 he got matured and his graph after 2011 has been up and up," he pointed out.