ICC CWC'19: Vijay Shankar back to field after minor injury

Shankar, during the net session, was hit on his toe by Japsrit Bumrah's delivery. 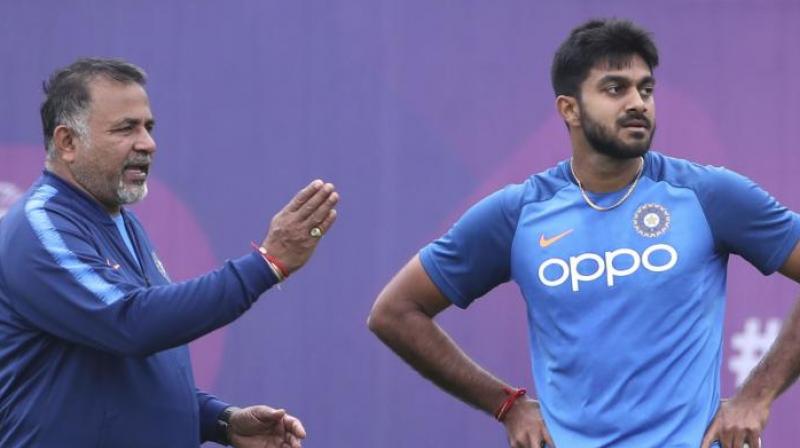 India, so far unbeaten in the tournament, will now face Afghanistan on June 22. (Photo: AP)

Southampton: A day after being hit by a ball, Indian all-rounder Vijay Shankar was seen warming up with the team on Thursday.

Shankar, during the net session, was hit on his toe by Japsrit Bumrah's delivery.

Although he could be seen walking with a slight limp, Shankar's comeback on the field for the practise session dropped a colossal hint that there is not a major concern regarding the 28-year-old all-rounder's fitness.

His return was a big boost as pacer Bhuvneshwar Kumar's participation is not certain in their next clash after he suffered tightness in his left hamstring.

He had to walk off the field during India's match against Pakistan on June 16.

India, so far unbeaten in the tournament, will now face Afghanistan on June 22.