This decision was taken by the PCB during the 54th meeting of the PCB's Board of Governors (BoG) in Lahore. 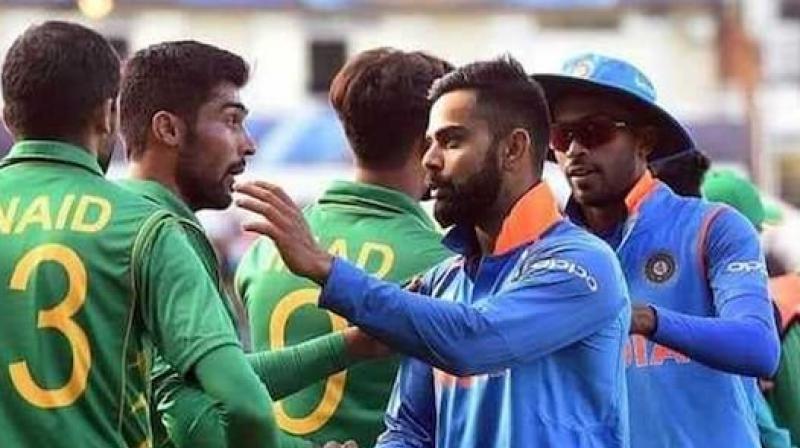 Pakistan is currently placed at the ninth position in the tournament standings with just three points. (Photo: AFP)

Lahore: Pakistan Cricket Board (PCB) would review the side and team support personnel's performances after the conclusion of the ICC Men's Cricket World Cup.

"The BoG had a discussion on the Pakistan cricket team's recent performance across all formats. The members agreed the team's performance in the ICC Men's Cricket World Cup 2019 to date has been below expectation, but expressed faith, support and confidence in the side, and hoped they will utilise all their talent and potential in the remaining matches to bounce back strongly and finish on a high," the PCB said in an official statement.

"It was agreed, and as previously stated, following the ICC Men's Cricket World Cup 2019, the PCB will carry-out a robust review and analysis of the side's and the team support personnel's performances in the past three years and submit their recommendations to the Chairman and the BoG for their consideration," the statement added.

This decision was taken by the PCB during the 54th meeting of the PCB's Board of Governors (BoG) in Lahore.

In the meeting, the matter of sending Pakistani first-class umpires to England to officiate in second eleven cricket in 2020 was also discussed.

"PCB Managing Director Wasim Khan reported that as part of investing in developing and up-skilling officials, a discussion has taken place with an official of England and Wales Cricket Board to send Pakistani first-class umpires to England to officiate in second eleven cricket in 2020," the statement said.

"In addition, Wasim Khan also updated the BoG that an in principle partnership had been reached with Warwickshire County Cricket Club to send young players and coaches as part of an exchange programme," the statement added.

In the high-voltage clash against India, Pakistan suffered an 89-run loss which did not go down well with the Pakistani fans.

The fans criticised the team's lacklustre attitude before the match and there were viral videos that showed Pakistani cricketers having dinner and breaking team curfew before the match day.

However, this allegation was denied by the Pakistan all-rounder Shoaib Malik, stating the video is from June 13 and not 15.

Pakistan is currently placed at the ninth position in the tournament standings with just three points.

The team defeated tournament hosts England, but they suffered losses at the hands of West Indies, Australia, and India. Their match against Sri Lanka was abandoned due to rain.

Pakistan will next take on South Africa on June 23.