All-rounder Stoinis is recovered from his side injury that he had sustained in the match against India on June 9. 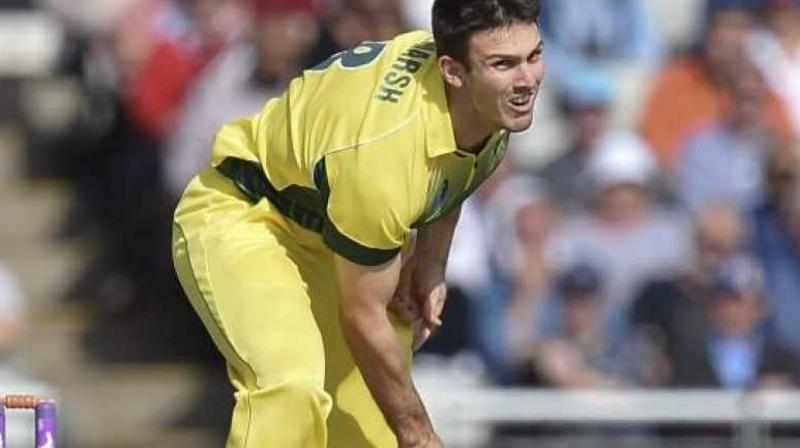 Australia A will play five ODI's and three four-day matches between June 20 to July 26. (Photo: AFP)

Melbourne: Australian all-rounder Mitchell Marsh, who joined the World Cup team as a cover for Marcus Stoinis, is back home to join Australia A squad for their upcoming tour of United Kingdom.

All-rounder Stoinis is recovered from his side injury that he had sustained in the match against India on June 9 and thus, Marsh has been counted out from the squad.

Australia A skipper Travis Head confirmed that Marsh along with Ashton Agar is joining the team after spending time in the Australian World Cup squad.

"Both of them are going really well. Mitch is flying and so is Agar. It's nice to see them showcase their skill and go show they're still there around the (national) mark," Cricket.com.au quoted Head as saying.

Head praised his bowlers as being in good form and complementing each other with different skills that are crucial for the English conditions.

"The bowlers complement each other really well and they are going to be quite difficult for the batters over the next couple of weeks," Head said.

The team will play five ODI's and three four-day matches between June 20 to July 26.