Proteas bank on their bowlers to remove 'chokers' tag

South Africa are yet to reach the summit clash of the World Cup, having been knocked out at the semifinal stage four times. 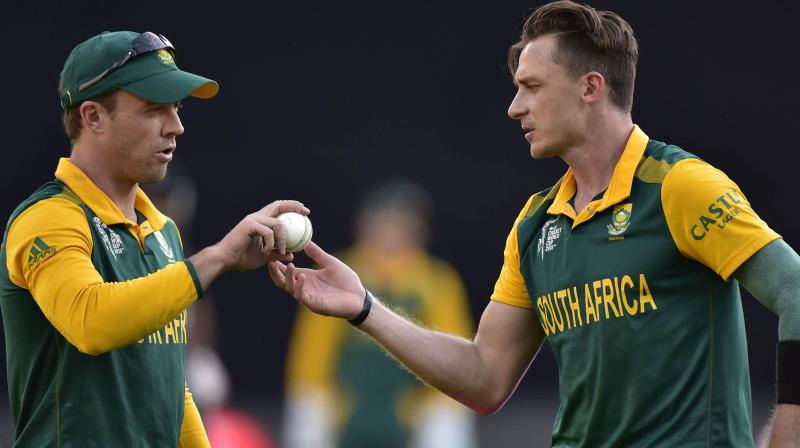 The tag of underachievers has not separated from South Africa since their heartbreaking loss to Australia in the semifinals of the 1999 World Cup.

The Proteas are yet to reach the summit clash of the World Cup, having been knocked out at the semifinal stage four times.

But they must not weigh themselves down by the chokers tag, instead accept it and go in as underdogs. This sentiment was expressed recently by Proteas' former Performance Director Paddy Upton.

"I think the 'chokers' label for South Africa is a little bit too exaggerated and it's also unfair. But I do realise that South Africa have struggled and could have performed better. They will, in time, win one of these big trophies.

"But for the time being, they need to embrace and not run away from the 'chokers' label and also not be weighed down by it. They just need to focus on their game and the job at their hands," said Upton.

Considering the English conditions, South Africa's bowling attack has all bases covered with top quality pacers and spinners ready to be unleashed.

Veteran speedster Steyn, young pacer Kagiso Rabada and leg-spinner Tahir hold the key to their ambitions. If fit, Steyn could be a potent weapon.

Rabada and Tahir, among the top five ODI bowlers in the world, have recently put up dominating performances for their respective IPL franchises.

In-form Rabada has the speed, variation, and can take the new ball as well as can bowl at the close with equal measure.

A quality wrist-spinner is a must for any team fancying its chances at the World Cup and in Tahir, who has 162 wickets at an average of 24 in 98 ODIs, South Africa have that weapon.

Needing just four wickets to break the 200-barrier at the World Cup, Steyn, 35, would hope to stay injury free to provide crucial breakthroughs to the team, besides offering guidance to the likes of Rabada and Lungi Ngidi.

A fine attack can give the Proteas an option to go for a batting all-rounder at No.7. Andile Phehlukwayo, who has been performing well since 2015 averaging 31.3 with the bat and 29.8 with the ball.

The Proteas would largely depend on their attack in the absence of the proven match winner A B de Villiers, who is now retired.

They do not boast big match-winners like some of the other teams but there is no dearth of experience with captain Faf du Plessis, Hashim Amla, Quinton de Kock, JP Duminy forming the core of their batting.

Du Plessis, Amla, Duminy, Tahir and Steyn will be playing their third World Cup, while de Kock and David Miller are making their second appearance at the mega event.

A shrewd skipper, du Plessis, who has scored 2777 runs at 60.4 since the last World Cup, has managed to extract maximum output from his team by winning 11 of their last 13 series.

But past records have little relevance in quadrennial events like the World Cup.

Despite a poor run of form in recent times, the 36-year-old Amla was selected ahead of opening batsman Reeza Hendricks, who played 18 consecutive ODIs before being dropped for South Africa's recent match against Sri Lanka in March.

His record of 27 ODI tons is hard to ignore but over the past year, Amla's form has been a cause of concern. South Africa can only hope that the veteran finds his touch when it matters the most.

Amla and de Kock's has been South Africa's most successful opening pair since the last World Cup, with 2442 runs and four century stands at 51.96 in 49 matches.

Young Aiden Markram has been included on the basis of strong domestic form but he averages just 29 in 19 One-day Internationals. David Miller has five ODI centuries but enters the World Cup in good touch.

The decision to do away with the racial quotas at the World Cup is also expected to benefit the South Africans.

Cricket South Africa chief executive Thabang Moroe recently said that racial quotas, where the board has an official target of black players making up 55 per cent of teams, would not apply in the World Cup.

South Africa's campaign at the 2015 World Cup ended in controversy over quotas when the team management was forced to pick Vernon Philander for the semi-final against New Zealand though it wanted to retain the winning combination.

Shedding the dark mist that surrounds South African cricket in knockout events will be their goal in the English summer.