England are expected to name its final 15-man squad at the Lord's on May 21. 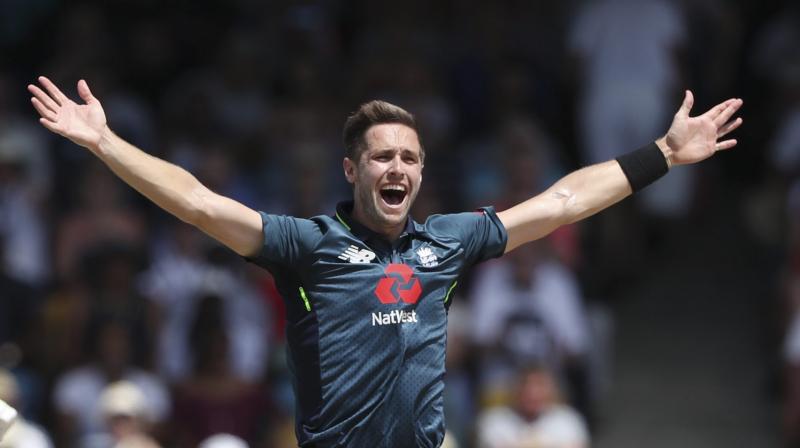 Woakes was adjudged Player of the Match in the fifth and final match against Pakistan for his five-wicket haul. (Photo: AP/PTI)

Dubai: England players will be waiting for that one phone call from the selectors to announce the final 15-man squad for the upcoming ICC Men's Cricket World Cup, said fast bowler Chris Woakes.

England are expected to name its final 15-man squad at the Lord's on May 21.

"Everyone will be looking at their phones. Everyone will be wary of that phone call. Even if you feel like you've got a good chance to be in the squad until you hear it from selectors' mouths, it's not quite set in stone," ICC quoted Woakes, as saying.

Woakes was adjudged Player of the Match in the fifth and final match against Pakistan for his five-wicket haul. The 30-year-old finished on top of the series bowling chart as he bagged 10 wickets in four matches at an average of 21.20.

"As a player, you're still probably a little bit on edge, particularly with these 16 and 17 players, because everyone has performed at some point over the series. In the last couple of years, people have put in strong performances.

It's a tricky decision for selectors, and I'm glad I don't have to make that decision, but it has to be done, I suppose. It's certainly driven us forward in this series," he said while acknowledging that competition has driven the players to do well.

Meanwhile, skipper Eoin Morgan admitted that he doesn't have an idea on who will make it to the final squad for the marquee event.

"No, I don't know the 15. Every one of these guys should be proud of what we've achieved so far, the continuous improvement of performances throughout makes the selection meeting extremely difficult.

But every single member of the 17-man squad here (during the series against Pakistan) will play some role (at the tournament), due to the nature of injuries and illness and call-ups," Morgan said.

England will take on Australia and Afghanistan on May 25 and 27 respectively in the warm-up games before opening its World Cup campaign against South Africa on May 30 at The Oval, London.