'I have thought about it and I have actually given the ACB my notice that I will not be renewing my contract', said Simmons. 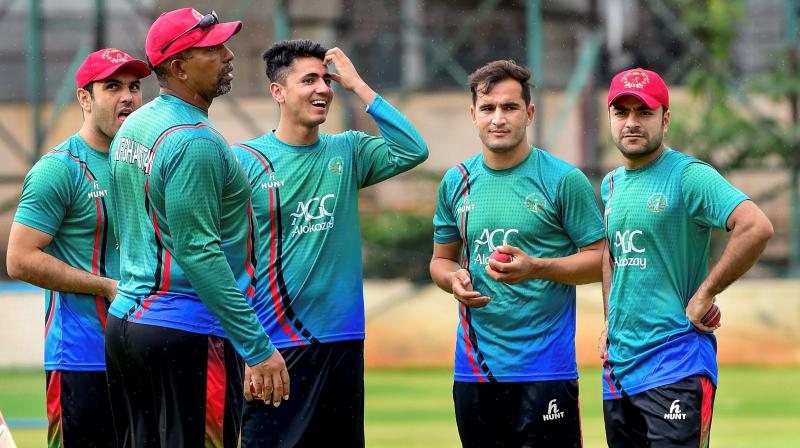 The former West Indies opener took the charge back in December 2017 and said that he helped ACB in achieving their goal of qualifying for the premier tournament. (Photo: AP/PTI)

London: Afghanistan coach Phil Simmons said that he will step down from his position after the conclusion of International Cricket Council (ICC) Men's Cricket World Cup.

"I have thought about it and I have actually given the ACB (Afghanistan Cricket Board) my notice that I will not be renewing my contract. I will move on to something different once my contract expires on July 15," ESPN Cricinfo quoted Simmons, as saying.

The former West Indies opener took the charge back in December 2017 and said that he helped ACB in achieving their goal of qualifying for the premier tournament.

"I signed up originally for 18 months and I think I have done a lot in this period. It is time for me to move on to something else now. To want to get to the World Cup - that was ACB's goal at the time they appointed me," he said.

"My goal is always to leave things better than when I joined: the way we practice, the way we think about the game, the way we assess other teams. I've tried to help the players in all those areas," Simmons added.

Recently, Asghar Afghan was removed from captaincy role across formats. And this move of the ACB got criticised by the team's noted players like Mohammad Nabi and Rashid Khan. In place of Afghan three different players were given the charge of different formats.

Gulbadin Naib was given the leadership role for ODI, while Rahmat Shah and Rashid Khan were put in charge of the Test and T20I teams respectively.

While talking on the issue, Simmons asserted that he was not aware of all the changes in the Afghanistan leadership.

"No, I was not aware of it. I was not given any reasons. It was the decision of the Afghanistan Cricket Board and the selectors," Simmons said.

"How can I take it? I can't change it. So I have to just get on with what I have to do and make sure the squad is preparing in the same way I wanted them to prepare barring the [captaincy] change," he added.

Afghanistan will face Australia in their first World Cup 2019 clash on June 1.